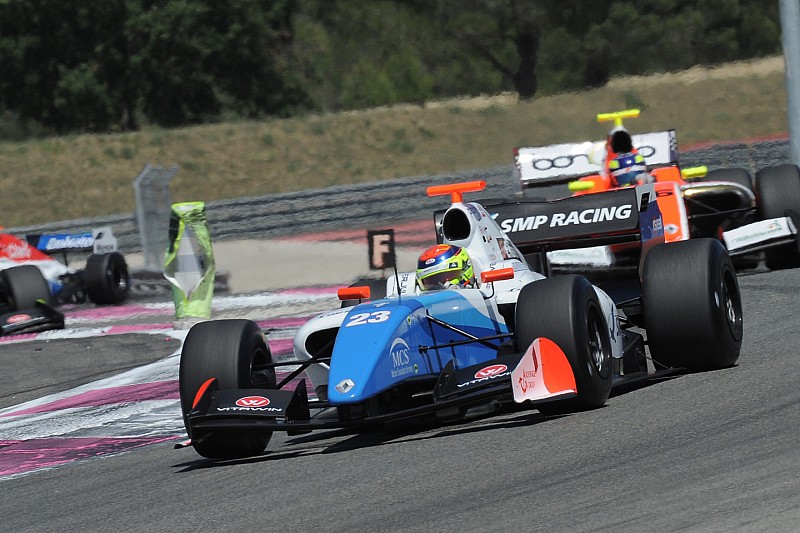 SMP Racing chiefs have confirmed Amato Ferrari's Spirit of Race outfit will not be running the programme's official Formula V8 3.5 team in 2017.

Ferrari, whose GT team AF Corse has enjoyed a fruitful partnership with SMP over the past few years, entered the 3.5-litre championship ahead of the 2016 season under the Spirit of Race banner.

Both Vaxiviere and Isaakyan won races, but the campaign ultimately proved a mixed bag, the drivers finishing sixth and ninth overall as the team battled technical issues.

For 2017, Spanish squad AVF - which won the 2016 drivers' title with Tom Dillmann - was chosen as the destination for Isaakyan and fellow SMP Racing protege Egor Orudzhev.

"In the World Series 3.5, we will field Orudzhev and Matevos Isaakyan. They will drive for one team, which will be named 'SMP Racing' and will be operated by the AF Formula squad," SMP Racing junior programme director Peter Aleshin confirmed.

Asked by Motorsport.com about the reason's for the switch away from Ferrari's outfit, SMP Racing executive Dmitry Samorukov explained: "We were working quite closely with AF Corse in 3.5, and the way it turned out was that the level set by AF Corse probably wasn't quite acceptable for us.

"Actually, there was a whole separate story - the team was created with the hope that there would be a restructuring in formula racing, and other classes would be created where the team could be moved.

"But that, unfortunately, didn't happen, and the way that AF Corse was tackling 3.5, it was probably not competitive - that's how we feel.

"Today the [3.5] class is undoubtedly of interest, it has a fast car and exciting battles, so for our programme it is of interest for drivers' individual progress."

While it stands to reason that F3.5 is set to lose a team from its entry list ahead of the 2017 campaign, the series has now announced a new addition in former GP2 outfit Durango.

The team, founded in 1980 and headed by Ivone Pinton, was part of the GP2 grid between 2005 and 2009, winning races with Clivio Piccione, Karun Chandhok and Davide Valsecchi.

It was also involved in an unsuccessful bid to join the Formula 1 grid in 2011 as it paired up with former world champion Jacques Villeneuve.

"I feel so proud of this cooperation with [series boss] Jaime Alguersuari and his fantastic organisation," Pinton said. "By joining the World Series Formula V8 3.5, Durango returns to the elite of motorsports, hoping to perform from the very first season."

The Durango name was already on the grid in 2016, fielding Giuseppe Cipriani, but for this year the Italian restaurateur has instead entered the series under the name Il Barone Rampante.