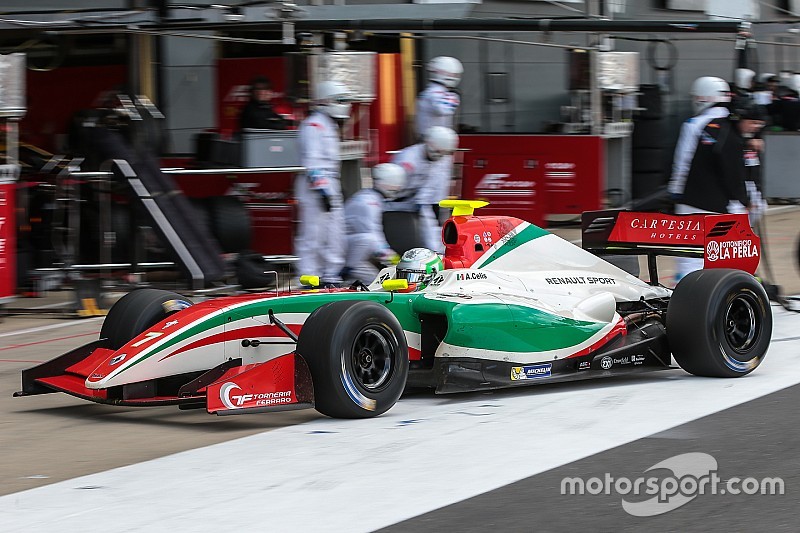 The session kicked off with Celis and Matevos Isaakyan trading the lead a couple of times, the duo separated by just two hundredths of a second before the mid-session stops.

Rene Binder took over by becoming the first driver to go below the two-minute mark with just two minutes to go, but he was quickly dethroned by points leader Pietro Fittipaldi.

However, the Brazilian was also demoted by a last-minute effort from Celis, whose 1m59.387s proved to be the benchmark time.

Fittipaldi was second, more than three tenths off the pace, followed by Binder.

Isaakyan had to settle for fourth despite leading the way at halfway point, as his car stopped at Turn 18.

Diego Menchaca, was the top rookie in fifth, narrowly edging out Roy Nissany and Nelson Mason.

Konstantin Tereshchenko and Yu Kanamaru were the last drivers less than a second off the pace.

Damiano Fioravanti, who switched to RP from Barone Rampante, was 10th, as championship frontrunner Egor Orudzhev had a low-key session in 11th.

UPDATE: Isaakyan was disqualified for having less than three litres in the tank, and lost his fourth place on the grid.