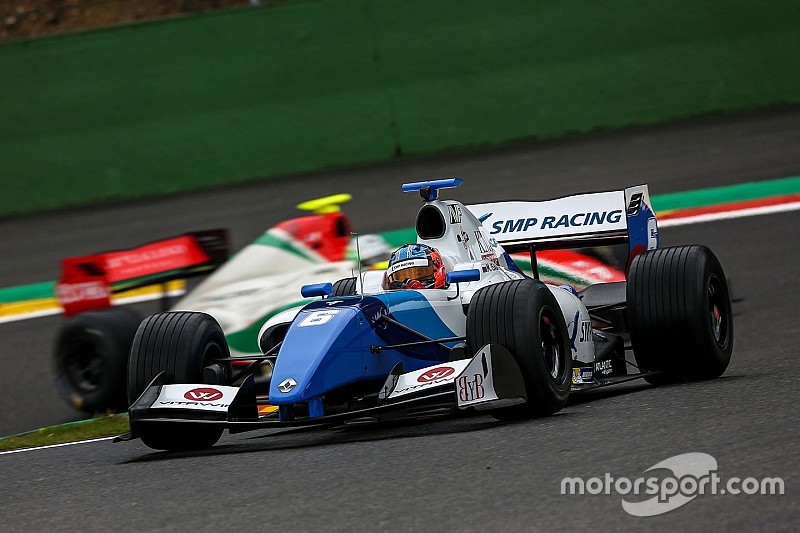 Matevos Isaakyan was victorious in the second Formula V8 3.5 race at Spa-Francorchamps, taking advantage of a well-timed stop and Pietro Fittipaldi losing time in the pits.

Fittipaldi started the race from pole position, aiming to recover from a poor Race 1 that saw him finish in a lowly eighth following a slow start.

He had a better launch this time around, but still fell behind his Lotus teammate Rene Binder, as well as Diego Menchaca off the line.

Fittipaldi immediately claimed second back after Menchaca ran wide at La Source, and then passed Binder on the outside of Les Combes for first.

The Brazilian's gap over Binder was around two seconds until his stop, but Fittipaldi suffered a very slow tyre change, which cost him around 20 seconds.

He was only eighth after all the stops panned out, but could pass Nelson Mason and Egor Orudzhev to finish sixth.

Despite Fittipaldi's slow stop, Binder didn't inherit the lead as Isaakyan rejoined ahead of him.

The Russian was only fourth at the end of the first stint, but pitted a lap later than Binder and Menchaca, which was enough get ahead of the duo.

Isaakyan held a lead of around two seconds for the rest of the race to take his second win in the series.

Race 1 winner Alfonso Celis beat his Fortec teammate Menchaca to the final podium spot, despite making two mistakes during the race, running wide at Pouhon and the Bus Stop chicane.

RP's Roy Nissany made a late move on Menchaca for fourth, as Fittipaldi and Orudzhev completed the top seven.