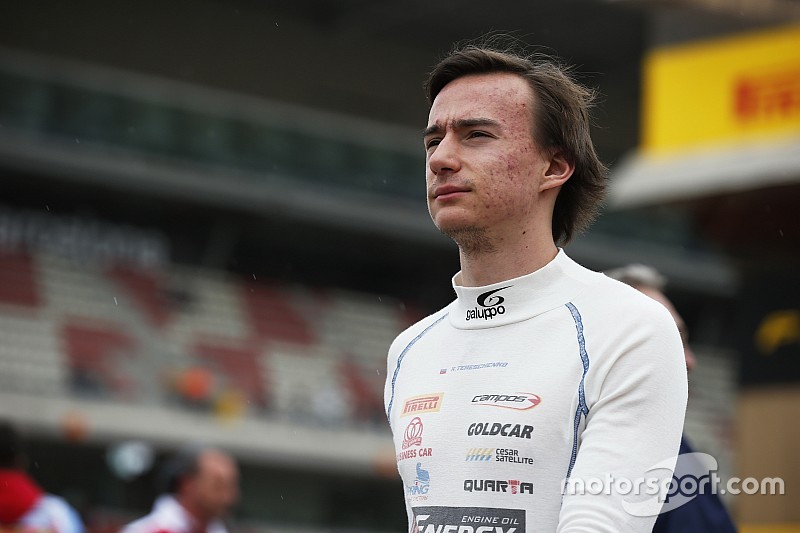 He was a Campos Euroformula Open driver in 2014-15, finishing runner-up to Vitor Baptista in the second year, when he also won the Spanish F3 sub-category.

The Russian then entered GP3 full-time in 2016, but had to wait until the Abu Dhabi finale for his first points, ending up 19th overall at the season's end.

"I’m glad to be in the World Series Formula V8 3.5, with the team Teo Martin Motorsport," Tereshchenko said.

"I have big plans for this season. I understand that this is a difficult championship, there’s a lot of competition, but I aim to fight for top places in each race. The main objective is victory in the championship."

Teo Martin made its first foray into the 3.5-litre category in 2016, having bought out the DAMS entry.

The outfit finished sixth in the teams' standings with a line-up of Yu Kanamaru and Beitske Visser.

Tereshchenko is the third Russian driver to join the F3.5 series for 2017, after AVF confirmed SMP Racing duo Egor Orudzhev and Matevos Isaakyan.