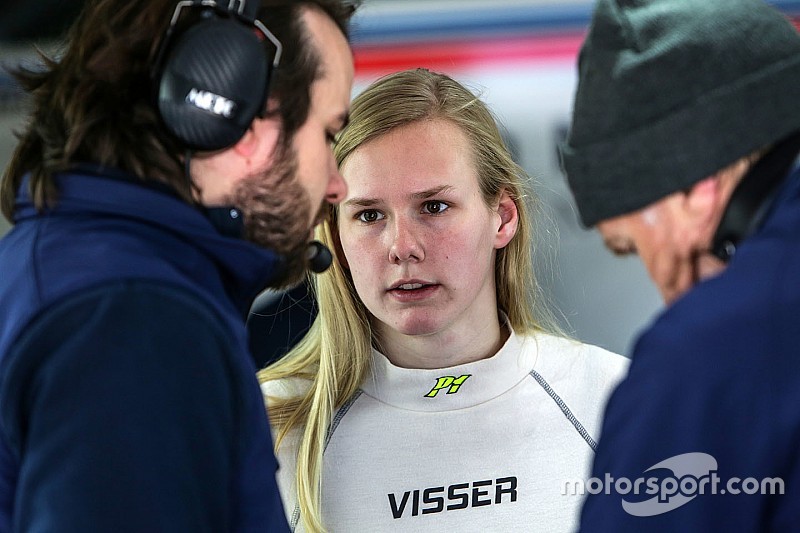 Beitske Visser will race for Teo Martin Motorsport in Formula V8 3.5 this season after the withdrawal of her previous target team Pons Racing.

The former Red Bull junior driver spent the last two seasons in Formula Renault 3.5 with AVF, taking 21st and 23rd with a best finish of fifth.

"It’s working well together with the team and I think that we can make some very good results together. I would like to thank my sponsors Gecrio and Extra for giving me this chance”.

The field's sole female driver had joined Pons Racing earlier this year alongside Alex Bosak, but lost her seat later on after the team exited the series.

She tested with Strakka in the first pre-season test in Barcelona and then switched to Teo Martin for last week's Aragon test, taking a promising fifth on Day 1.

Visser will team up with Yu Kanamaru at the Madrid-based team, which took over the operations of DAMS at the end of 2015.

"Beitske Visser arrives in my team at the best sporting period of her life," said Teo Martin.

"I’m sure she will make a qualitative leap this season and she will give us many reasons for joy."

With Visser securing a seat, the 15 entrants that have been revealed so far are now set to make up the complete grid at Aragon.

Formula V8 3.5 preview: The dawning of a new era