Juri Vips topped a shortened second practice for the Macau Grand Prix, which ended after a crash between David Beckmann and reigning winner Daniel Ticktum. 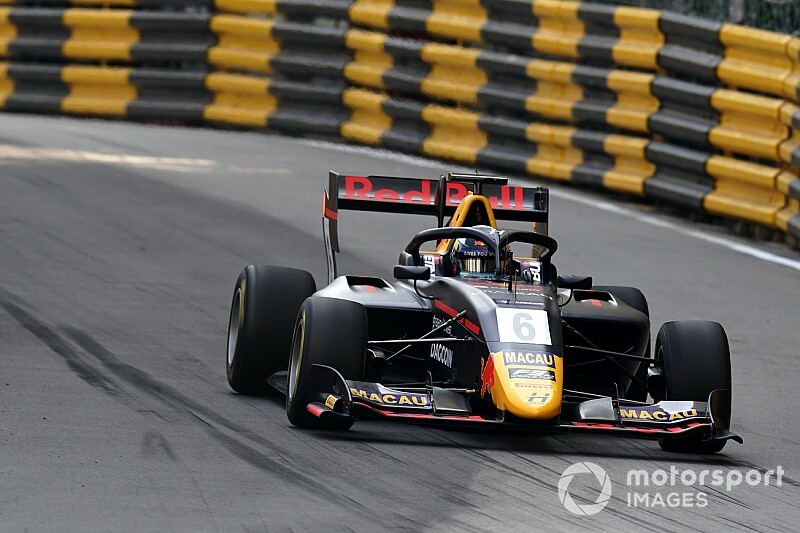 It was a rollercoaster of a session for the Estonian, who first appeared at the top of the times at the quarter-hour mark courtesy of a 2m07.892s.

That time was swiftly eclipsed by Ticktum, while Vips took a trip down the Lisboa escape road that required a tricky three-point turn to recover from.

As times tumbled heading into the final 10 minutes, Vips rocketed back to the top with a 2m06.569s – a new fastest ever F3 lap around the Macau circuit.

His timing was perfect, too, the red flag flying just seconds later thanks to a dramatic clash between Beckmann and Ticktum at Police Corner.

The session was never restarted, Vips with a half-second margin over Callum Ilott and Richard Verschoor.

Behind the top three there was a pair of New Zealanders, Marcus Armstrong leading Liam Lawson.

Ticktum, meanwhile, is under investigation for his role in the session-ending shunt. The two-time race winner was the second car on the scene after Beckmann had nosed into the wall, swiping the back of the stranded Trident entry.

He still finished the session sixth quickest, ahead of Arjun Maini and Robert Shwartzman.

The Ticktum/Beckmann incident was one of two stoppages in the session, the other caused by Ferdinand Habsburg running wide at Lisboa 15 minutes in.

By that point Sophia Floersch had already struck trouble at the Melco Hairpin, the German coming to a stop up against the barrier, and then failing to get her HWA entry going again.

The grid for the qualifying race will be finalised by this afternoon's second qualifying session, set to kick off at 3:10pm local time.

Macau 1990: Onboard with Eddie Irvine