Shwartzman and Armstrong were both race winners in the final year of the governing body’s F3 European Championship, with Russian Shwartzman claiming the Rookie title and third in the overall standings.

While staying with Prema is logical in both cases, speculation has linked New Zealander Armstrong with a switch to Hitech GP, whose boss Oliver Oakes gave him his chance in international karting and has mentored much of his career.

But Prema is nevertheless believed to be the most likely destination for Armstrong, who led the Euro F3 rankings for much of the season before his results dipped in the later events.

The other driver in the three-car team is expected to be another European F3 race winner in the form of Jehan Daruvala – he has been with Carlin for his two F3 seasons, and is likely to lose his Force India connection now that the Formula 1 team is under new ownership.

Prema boss Rene Rosin would only tell Motorsport.com that “no drivers have been signed yet”.

New Red Bull Junior Juri Vips, meanwhile, looks set to join Hitech for FIA F3 after a strong rookie campaign in European F3, in which he lost the Rookie title to Shwartzman in the final race.

A deal with ART Grand Prix looked all but done at the time of the final Euro F3 round at Hockenheim, but a change of approach has steered the Estonian – whose Red Bull backing only came into force for the Macau Grand Prix and has not been confirmed for 2019 – towards Hitech.

Vips’s mentor Marko Asmer did not want to comment on the speculation.

ART looks likely to run Max Fewtrell and Christian Lundgaard, the champion and runner-up respectively in this season’s Formula Renault Eurocup, and both of whom are on the Renault F1 Junior programme.

The other driver is tipped to be runaway Euroformula Open champion Felipe Drugovich – the highly rated Brazilian narrowly lost out to Vips and Armstrong in the close battle for the 2017 German Formula 4 title. 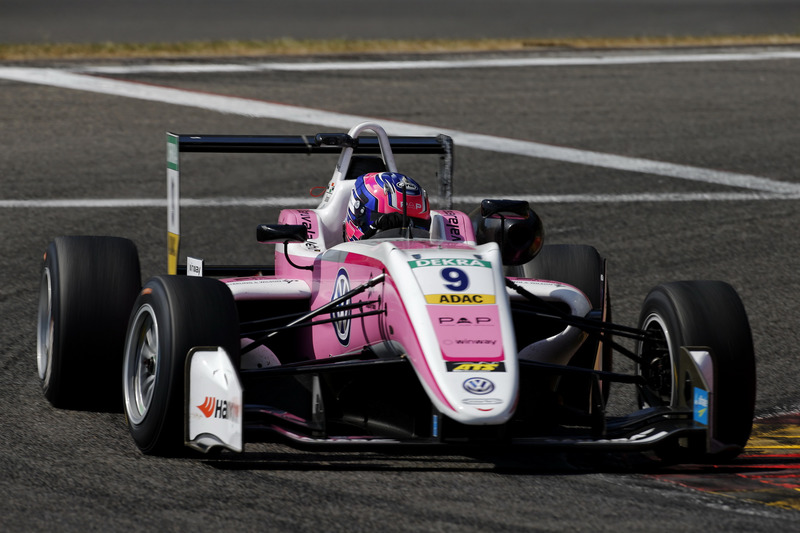