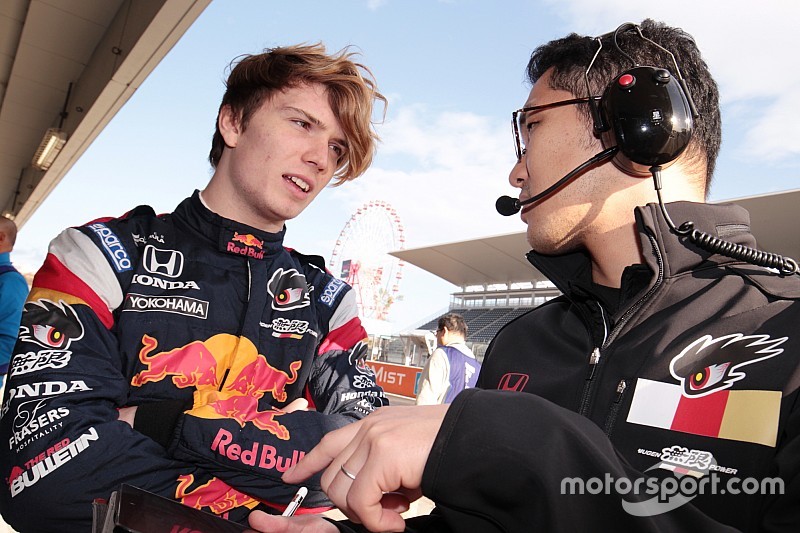 Red Bull junior Dan Ticktum will be vacating his Hitech GP seat for the final round of the Asian F3 Winter Series.

Ticktum's campaign in the off-season AWS was intended to get him over the FIA superlicence points threshold required to enter F1.

Although he took two poles in the opening Buriram round, he’s only made one podium appearance and, combined with the decision not to start a race last time out at Sepang, is eighth in the standings.

His lack of results has not denied him the chance to race in F1, as a clarification from the FIA last month said that the AWS’s three-round calendar was actually too short to deliver superlicence points.

Ticktum could still get a 2020 superlicence if he finishes fifth or higher in Super Formula this season.

Red Bull will instead be present in Sepang's AWS finale through debutant Jack Doohan, as the son of five-time 500cc champion Mick.

He will team up with Fewtrell at ART Grand Prix in the new FIA F3 Championship this year.

Martins was fifth in the Eurocup, and will remain in the series with MP Motorsport as it switches to regional F3 rules.

Other additions for the Sepang race meeting including British F4 champion Jamie Caroline, ADAC F4’s Joey Alders and W Series hopeful Miki Koyama, who will gather experience of a regional F3 car ahead of next month's grid-deciding track test in Spain.

Macau GP could feature DRS for first time in 2019