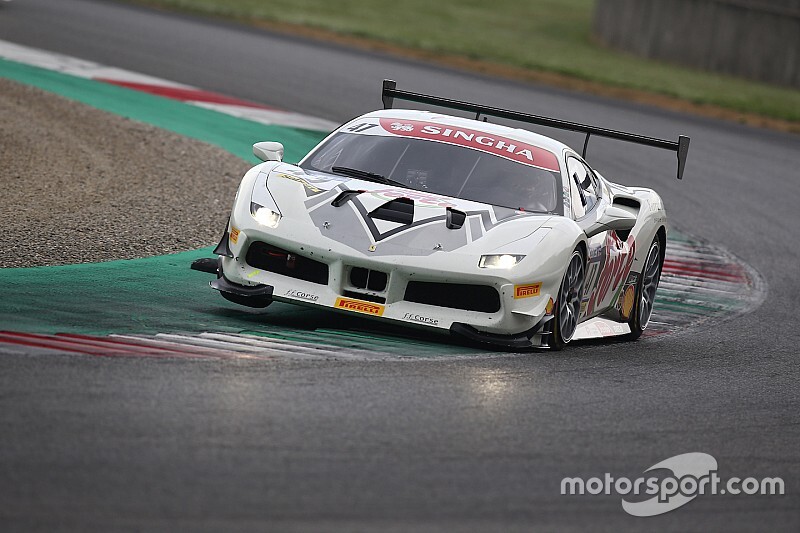 Neither Carroll’s FF Corse-prepared Ferrari Budapest machine, nor Prette’s Formula Racing example had managed to set a time when the first stoppage was caused by Scuderia Praha driver Miroslav Vyboh spinning into the gravel with 11 minutes to go.

Immediately after the cars were released again, Blancpain World Challenge Europe race winner Thomas Neubauer spun into the wall at turn one to bring about another stoppage, which left only eight minutes on the clock by the time the drivers had completed their outlaps.

At that point, Trofeo Pirelli-Am points leader Emanuele Tabacchi was quickest, but he was soon deposed by Prette and then Carroll, whose time of 1m51.557 put him 0.112s clear.

The red flag was out again when Corrina Gostner spun into the gravel, but neither of the top two could improve in the final three-minute dash as Carroll denied Prette a point that would have extended his championship lead to 13 over Niccolo Schiro.

Octane 126 driver Bjorn Grossman will start third, with Schiro’s Rossocorse machine alongside him, while Tabacchi slipped back to fifth at the flag but remains the top Pirelli-Am entry and so extends his points lead over title rival Jack Brown to 29.