Philippe Prette capped off his fifth Ferrari Challenge Asia-Pacific title-winning season with his eighth victory of the year at Mugello, seeing off late pressure from Go Max. 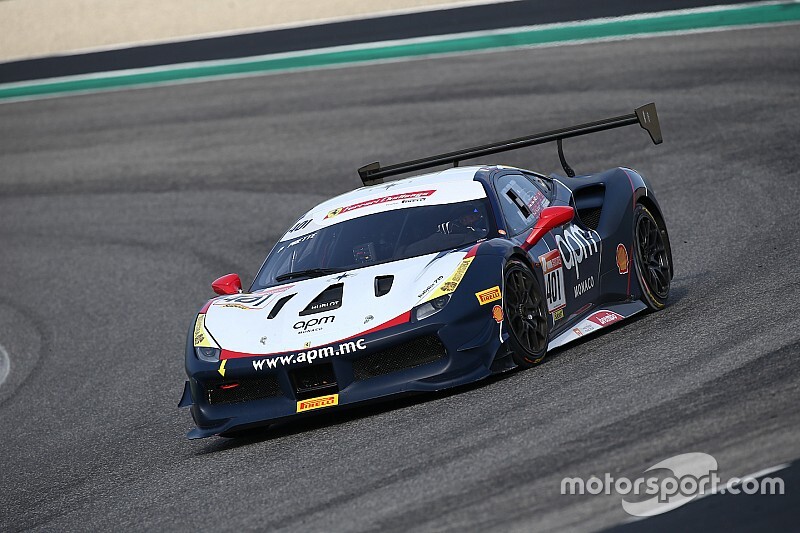 After losing the lead at the start of race one to Max and falling to fourth, this time Blackbird Concessionaires HK driver Prette led unchallenged as Max slotted into second place.

An early safety car, caused by Michael Choi spinning David Dicker and leaving Shell-Am champion Andrew Moon with nowhere to go, gave Max a second chance at snatching the lead, but once again Prette held firm and soon began to pull away.

But in the final minutes of the race, his comfortable two-second lead had been eroded as Max (M Auto Hiroshima) began to apply pressure onto the champion.

They were running nose to tail when the safety car was required again, this time as Briton Alex Moss was turned around by Liu Jinxiaorui at Scarperia, which assured Prette of victory.

Behind Max, Nobuhiro Imada had a quiet race to third, while Makoto Fujiwara sealed the Coppa Shell title with a class victory in fourth overall.

Fujiwara's main rival Kazuyuki Yamaguchi left himself with plenty to do after qualifying only tenth, and his cause wasn't helped by getting stuck behind Xing Yanbin, who was given a drive-through penalty for overtaking under the safety car which he repeatedly refused to serve.

Xing was then black-flagged, but remained on track until the end, preventing Yamaguchi from launching a challenge against Fujiwara.

Ray Wu returned after his race one crash to win the Shell-Am class in seventh overall, followed by Atsushi Iritani.