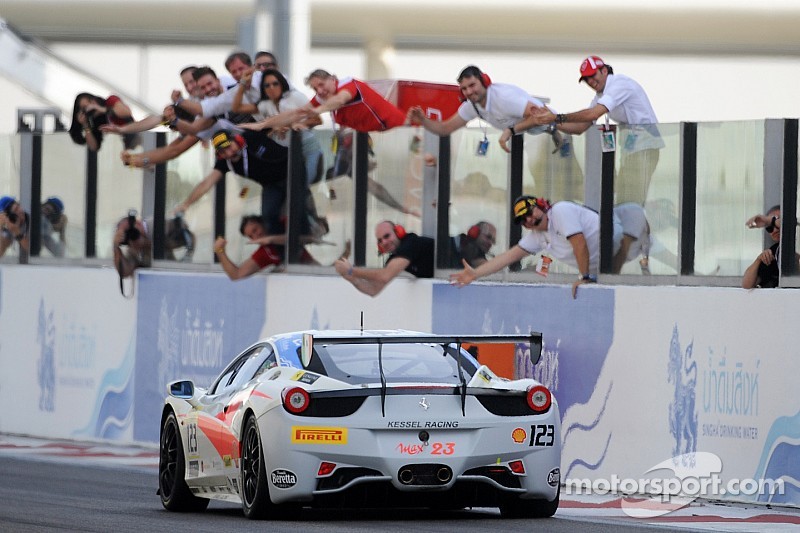 Massimiliano Bianchi is the new world champion in the Ferrari Challenge Coppa Shell.

After starting from pole position the Roman driver from Kessel Racing dominated the final race, which lasted 40 minutes, thus finishing off a memorable weekend in the best possible way. In fact Bianchi had already mathematically guaranteed the Challenge Europe Coppa Shell title on Thursday.

In second place was Germany’s Thomas Loefflad (StileF Squadra Corse) who crossed the line 14 seconds behind. By contrast the battle for third place was extremely open with Germany’s Dirk Adamski (Saggio Racing Team) battling it out with the dominant winner of the Coppa Shell’s Challenge North America, Chris Ruud. In the end it was the American driver of the Ferrari of Beverly Hills team who won out, forcing the German into a spin.

In fourth place was the first of the competitors from Ferrari Challenge Asia Pacific, Vicente Floirendo of team Auto Strada Motore – Manila, who came home ahead of the Indonesian driver David Tjiptobiantoro (Surya Sejahtera Otomotif Indonesia).