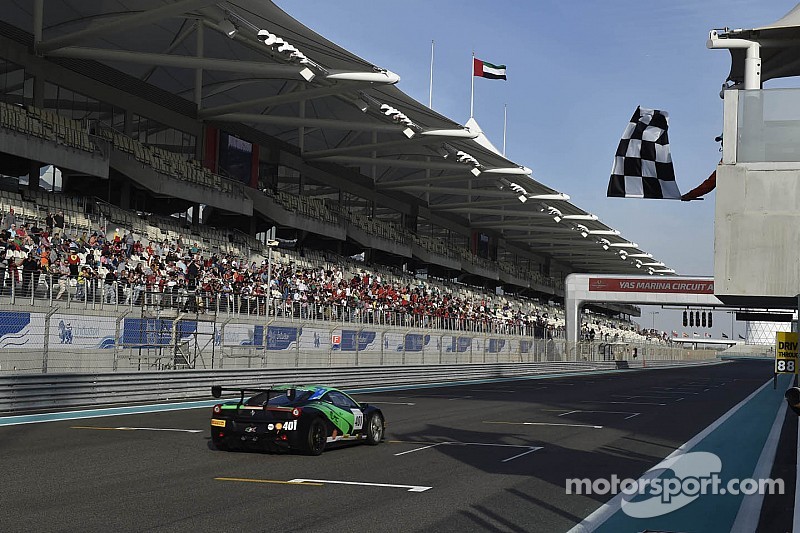 Max Blancardi and Ricardo Perez (Team Ferrari of Houston) are the new world champions of the Ferrari Challenge Trofeo Pirelli Pro and Am categories.

The Italian driver Blancardi, who races under a Monegasque licence, benefited from the retirement of the leader Philip Baron (Team Rossocorsa) to take the lead of the race. The fight back through the field by Daniele Di Amato (Motor Piacenza) was too late: having started fifth he needed too much time to get past Dario Caso (Rossocorsa – Pellin Racing) who ended up third at the flag.

The world champion from the Europe series set off on a great comeback but it didn’t allow him to reach Blancardi, who has come to these World Finals in splendid form. One victory each day: this has been his extraordinary roll of honour in Abu Dhabi.

The same could be said for Ricardo Perez who, having dominated both the races in the Challenge North America, also ruled the roost in the race to decide the Pirelli Am world championship. The Mexican finished ahead of the Asia Pacific series champion Philippe Prette (Auto Italia Hong Kong) and the European series champion Ezequiel Perez Companc (Motor Piacenza) which demonstrates just how high the quality of the competition was.