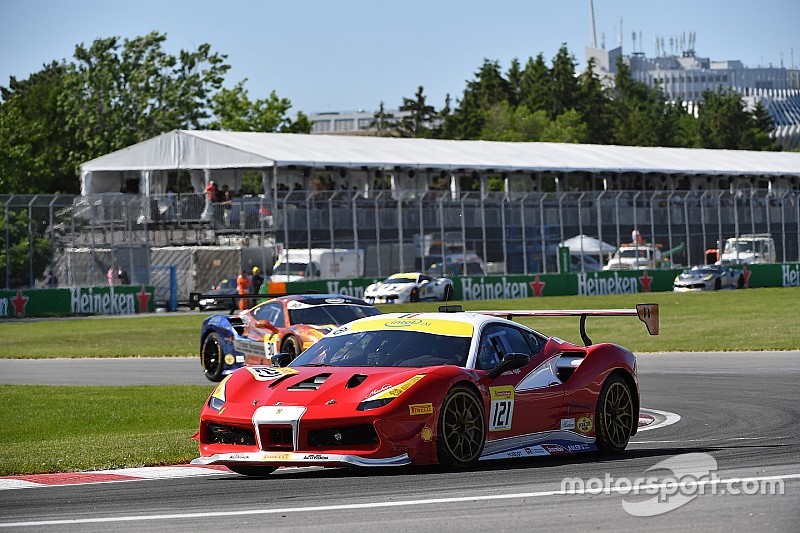 Ferrari Challenge North America heads to upstate New York for the fifth round of the 2018 season at Watkins Glen International.

There will be 67 teams entered in this weekend's event, which sees the Ferrari Challenge 458 drivers return to competition for the first time since Laguna Seca in May.

After sweeping the weekend in Montreal, Cooper MacNeil (Scuderia Corsa - Ferrari of Beverly Hills), holds a 17 point lead over Peter Ludwig of Wide World Ferrari. It's then a substantial margin back to third-place Marc Muzzo of Ferrari of Ontario .

MacNeil is looking for his sixth and potentially seventh wins of the year at the historic NY road course while Ludwig is searching for his first win since Laguna Seca.

In the AM division, Rob Hodes of Scuderia CAVA - Ferrari is looking to rebound from a difficult weekend in Montreal where he scored just 16 points in total, his poorest showing so far this year. His bad fortune allowed title rival Dave Musial (Lake Forrest SportsCar) to close the gap to just ten points between the two.

Scuderia Corsa - Ferrari of Beverly Hills' Thomas Tippl appears unstoppable in the Coppa Shell division, having won a remarkable seven of eight races this year. His only stumble came in the season-opener at Daytona. With a 63 point advantage over Ferrari of Westlake's Mark Fuller, it's going to take a lot for this title fight to become a story once again. As it stands, Tippl is the story as he looks to continue his remarkable streak of victories into WGI.

Things are much tighter in the Am class with Miller Motorcars' Dale Katechis now in control, but only by a single point over Ferrari of Long Island's John Megrue. Scuderia CAVA - Ferrari of San Diego's Kevin Millstein isn't quite out of it either, 20 points adrift of the lead after a strong showing in Race 2 at Montreal.

The 458 drivers are back in action this weekend for the penultimate round of their season. 16 drivers will take part in this class with Ferrari of Ft. Lauderdale's Martin Burrowes leading the charge atop the standings. During their last event, Burrowes swept the weekend in Laguna Seca and has won three of four races this year. Despite his dominance, Tonkin Gran Turismo's Trevor Baek remains within striking distance, 18 points back of the lead.

The on-track action will begin Thursday morning with open practice. Click on the link below for the full schedule of activities.