Raikkonen: "Working together in the same direction" 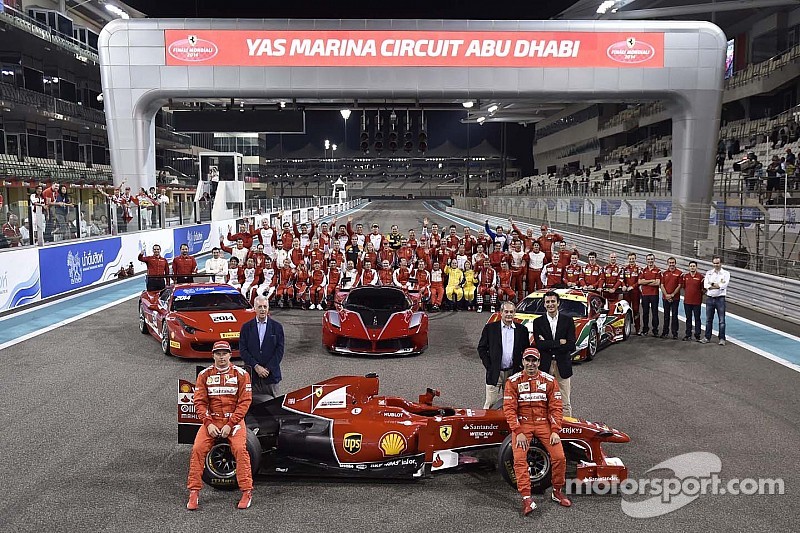 Kimi Raikkonen was on hand for the last day of the Finali Mondiali in Abu Dhabi.

The Scuderia Ferrari driver put on a show, along with test driver Marc Gene, at the wheel of a 2009 F60, the car the Finn drove at the end of his first period as a Ferrari driver. He thrilled the crowds in the stands, with flat out acceleration runs and of course, the obligatory “doughnuts.”

Before getting behind the wheel, the Finn spoke on a variety of topics when he met up with the journalists present. Looking back at the 2014 season and forward to the next one, Kimi had this to say: “It’s not been an easy year for me or the team. Ferrari is always expected to win races and fight at the front. Unfortunately, that wasn’t the case, but for the next season we laid down the basis for Scuderia Ferrari to come back to the level it should be at. There’s a lot of work to do but we know which areas we need to improve on. This job has already started and in the factory, we have everything we need, in terms of personnel and the means to make the necessary progress. All we need to do is work as a team, in the unified way that typified this team in past years. I’m sure the 2015 car will be much more competitive, although we will have to wait for the first test session to see where we really stand.”

On the subject of changes within the team, with the arrival of Sebastian Vettel as his team-mate and Maurizio Arrivabene as Team Principal, Kimi said: “I think Maurizio is great and perfect for the role he has been given. I’ve known him from before and have seen how competent he is. I think he will bring to the team his experience and that will prove to be very beneficial. As I’ve already said, Sebastian is a friend and I’m happy to be working with him. I think we can work well together as a team, pushing each other to the limit on track for the good of the Scuderia, as we aim to get it back to where it should be.”