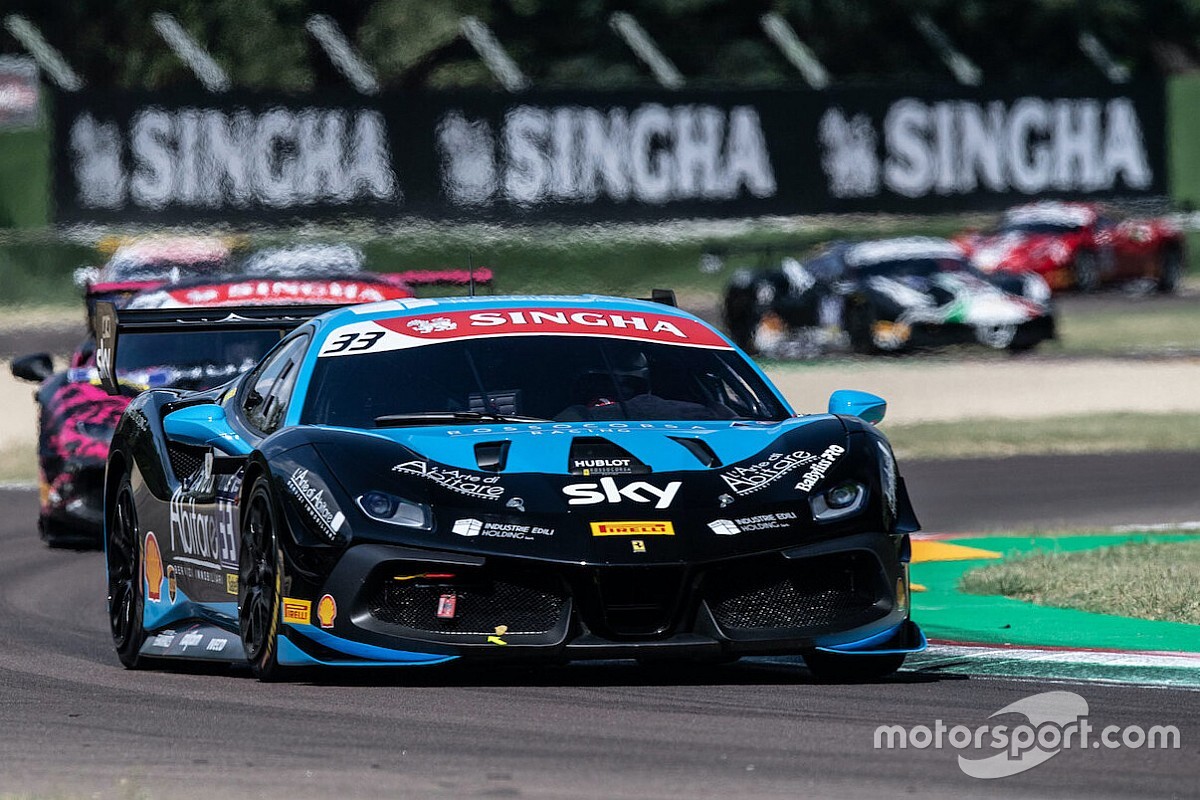 With an authoritative one-two, Emanuele Maria Tabacchi sealed a perfect first weekend in the Trofeo Pirelli, laying the ground for a first attempt to break away in the standings.

The Rossocorsa driver achieved a commanding win in Race-2 after the morning record pole position. It was an equally triumphant weekend for Matúš Vyboh, who also won twice at Imola in the Trofeo Pirelli Am.

The Coppa Shell saw an unexpected triumph for Ernst Kirchmayr who took advantage of Grouwels' slowdown on the last lap when on the cusp of repeating Saturday's victory. In the Am category, Michael Simoncic pulled off his first one-two in the Challenge Europe.

Emanuele Maria Tabacchi won the race and extended his lead in the overall standings, after his record-breaking pole in the morning. The reigning Trofeo Pirelli Am champion repeated Saturday’s performance, breaking away in the first few metres before managing his lead over his pursuers as they battled it out for second. In the end, Fabienne Wohlwend prevailed over Thomas Neubauer (Charles Pozzi - Courage) who had done well to pass her at the start.

The Frenchman, overtaken by the Octane 126 driver on lap 9, defended third place against the attacks of Michelle Gatting (Niki Hasler) in the final stages. Tabacchi clocked the fastest lap of the race in 1:44.221.

In the Trofeo Pirelli Am, Matúš Vyboh (Scuderia Praha) repeated his victory in Race-1, finishing ahead of Frederik Paulsen and Olivier Grotz. The Slovak driver, starting from pole, took advantage of the intense in-house struggle between the two Formula Racing drivers to cross the finish line unmolested. "AC" (Rossocorsa) took third place on the podium, followed by Roman Ziemian (Octane 126).

Ernst Kirchmayr (Baron Motorsport) celebrated his first win of the season in the Ferrari Challenge, after his second place in Race-1. The victory came in the final moments of the race when Roger Grouwels (Kroymans Automotive), who was heading for a one-two, slowed down dramatically, finishing in sixth overall and fourth in his class. Fons Scheltema (Kessel Racing) and Alex Sartingen (Lueg Sportivo) joined the Austrian driver on the podium.

Pole winner Thomas Gostner didn’t start the race, as the team proved unable to repair the car damaged in an accident in qualifying, from which the driver emerged unhurt.