McLaren Formula 1 junior Sergio Sette Camara scored pole position at Abu Dhabi, as a number of his Formula 2 rivals were robbed of improvements by a late yellow flag. 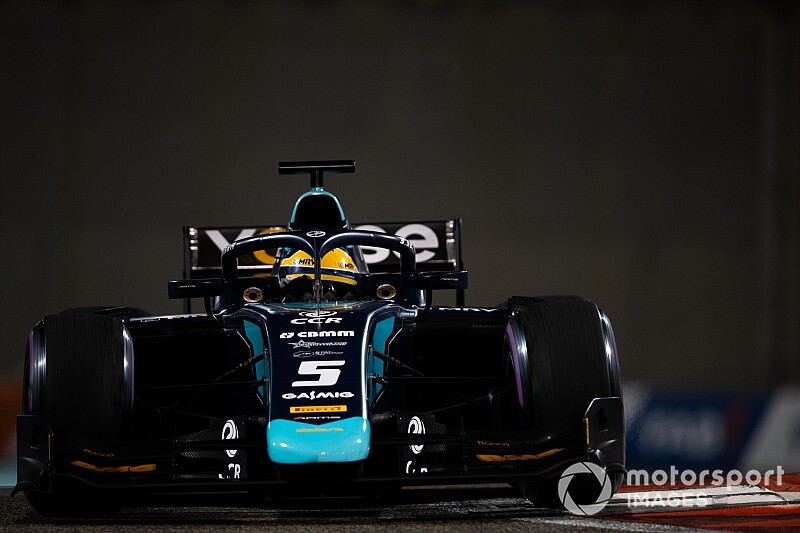 DAMS driver Sette Camara had topped the practice session earlier in the day, and delivered a storming final sector within the last two minutes of the latter session.

Sean Gelael's spin between the final two turns brought out the late yellows as he stalled in the pit entrance.

Callum Ilott and Louis Deletraz make up the top three after they both set session-topping sectors during their last laps.

Sauber Junior Team driver Ilott had been the quickest of the runners at the mid-session break where most drivers pause to debrief and take fresh tyres.

The series' 2019 champion Nyck de Vries went out of sync with most of his rivals as he elected not to go out early and instead run in the middle of the session with a quiet track. The Mercedes Formula E driver could only manage sixth on the grid.

Second in the championship and with a freshly-signed Williams F1 contract in his pocket, Nicholas Latifi headed a flurry of drivers in seventh unable to improve due to Gelael’s stall.

He does, however, have the advantage of starting four spots ahead of his closest rival for second in the standings, Luca Ghiotto, the Virtuosi driver failing to set a representative first lap and paying the price for it due to the yellow flags.