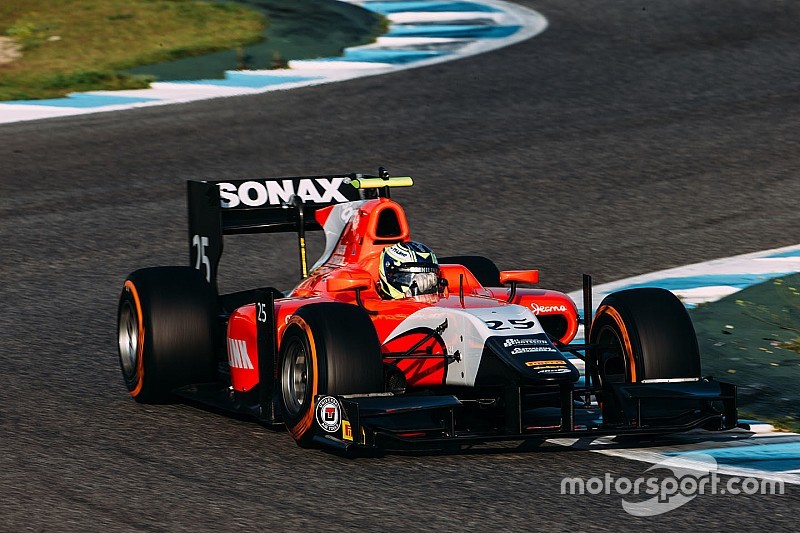 British squad Arden International has announced Jimmy Eriksson and Nabil Jeffri as its two drivers for the 2016 GP2 season.

Both Eriksson and Jeffri will be making their respective GP2 debuts in the season opener at Catalunya.

Eriksson, 25, enters GP2 after three years in GP3, where he finished 24th, fourth and fifth, picking up three wins for Finnish team Koiranen along the way.

"[This is] what I’ve been working towards and dreaming about over the winter, and I can’t wait for the first race," said Eriksson.

"GP2 is an extremely competitive series and I will have a lot to learn, but I really gelled with the team during pre-season testing and that’s where we’ll pick up in Barcelona in a few weeks’ time.

“I think my experience of GP3 will stand me in good stead for this move, particularly in terms of track knowledge.

"The main difference will be the length of the races. I will need to learn how to take care of the tyres for a longer period of time, in a more powerful car. Having said that, our race simulations looked highly promising in testing, so I feel quite comfortable with that already."

The Swede was the 2012 champion in German F3 – a series which likewise played host to one of Jeffri's best campaigns, the Malaysian finishing runner-up in 2014.

The 22-year-old steps up to GP2 after a quiet season in European F3 last year, Jeffri only scoring two points throughout the campaign.

"We have had some positive pre-season testing sessions and I have enjoyed working with a team who are very professional and encouraging. I look forward to a great rookie season," Jeffri said.

"This has been my lifelong dream and I very much look forward to living it out in front of my fellow Malaysians when we race at my home circuit later this year.

"The Sepang Circuit is one many drivers find challenging, so I hope my experience on this track will help my performance, and I will do Malaysia proud."

A team that produced two GP2 runners-up in Heikki Kovalainen and Luiz Razia, Arden International had a difficult 2015, finishing penultimate in the standings.

The team confirming its two drivers means the GP2 grid for the upcoming season is nearly complete, pending the announcement of Carlin's second signing and Status GP's whole line-up – albeit the latter team's frequent absences from pre-season testing days have cast doubt on its participation.

Canamasas joins Carlin for home GP2 round in Barcelona