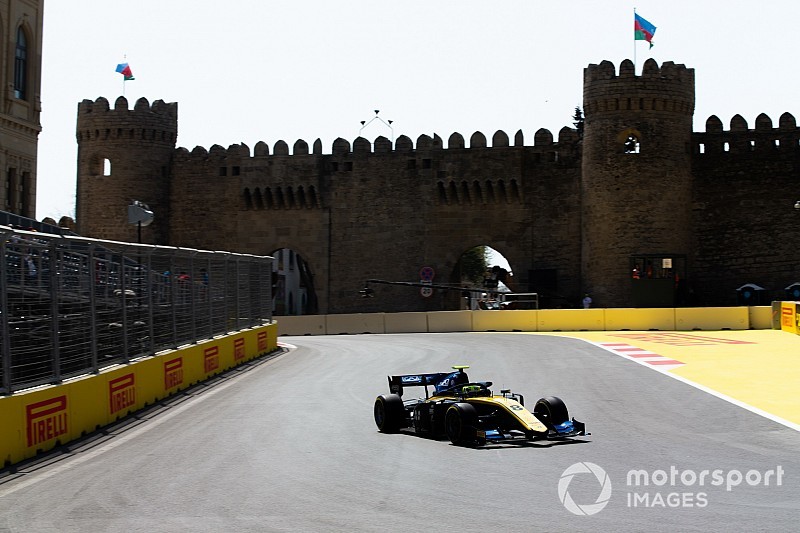 As times really started to improve in the last 20 minutes, Carlin’s Matsushita and DAMS driver Sergio Sette Camara set exactly the same time, before Virtuosi's Ghiotto stormed through and took a second out of both to head the order.

With five minutes to go, Matsushita went quickest again at a track where he was fast in his last stint in F2 by setting a 1m56.919s.

But then Ghiotto stormed to the fastest time of 1m56.637s as he took the chequered flag, 0.282s up on the opposition.

Jordan King, who is contesting the Indy 500 next month, set the third-best time for MP Motorsport, ahead of ART Grand Prix’s Nyck de Vries and the second DAMS car of Nicholas Latifi.

Ferrari junior Mick Schumacher (Prema) delivered a late flyer to set the sixth-fastest time ahead of Callum Ilott, whose opening weekend was ruined by a qualifying crash in Bahrain.

Mahaveer Raghunathan (MP) will be forced to start Saturday's race from the pitlane after failing to stop for the weighbridge at the end of practice.