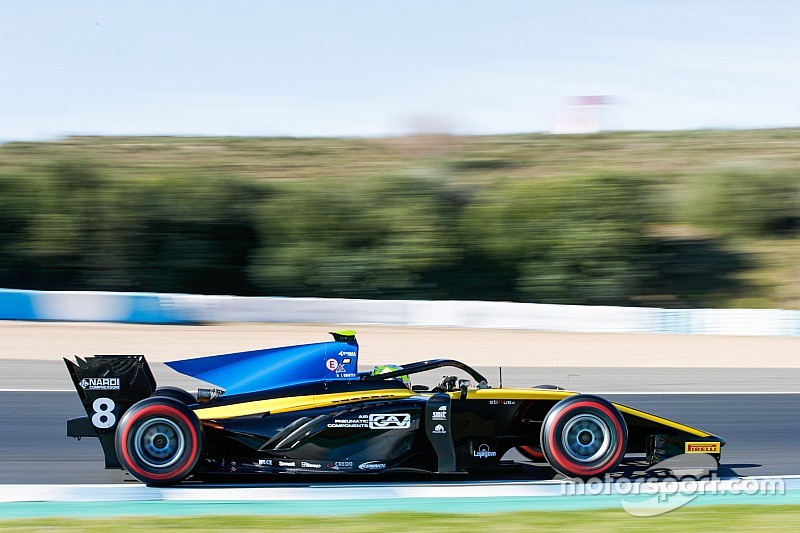 Luca Ghiotto put a disappointing weekend in Baku behind him by topping the Formula 2 practice session in Barcelona for Virtuosi Racing.

Ghiotto set the fastest time with 25 minutes left in the 40-minute session, and then improved his time further to a 1m29.462s six minutes later.

Renault Formula 1 junior Guan Yu Zhou, who like his teammate is looking to bounce back from a tough Baku outing, put the second Virtuosi car in fourth.

Sergio Sette Camara (DAMS) rounded out the top five, although after setting his time he stopped at the end of the pitlane and had to be wheeled back into the pits.

Mick Schumacher had been up with Prema teammate Gelael in the early running but couldn’t match the Indonesian driver’s mid-session improvement. The Ferrari junior was eighth ahead of Nyck de Vries of ART Grand Prix, while Anthoine Hubert completed the top 10 for Arden.

Juan Manuel Correa – fresh off his first podium in two years in Baku in just his second F2 round – went off at the final corner and got stuck in the gravel trap, initiating a red flag which interrupted the session after just 15 minutes.

Matsushita and ART Grand Prix’s Nikita Mazepin, who was 14th fastest, are under investigation for an incident in the pits.

Carlin's Louis Deletraz's efforts were compromised after he lost power on the main straight, getting in one flying lap which was affected by traffic - good enough for only 16th.