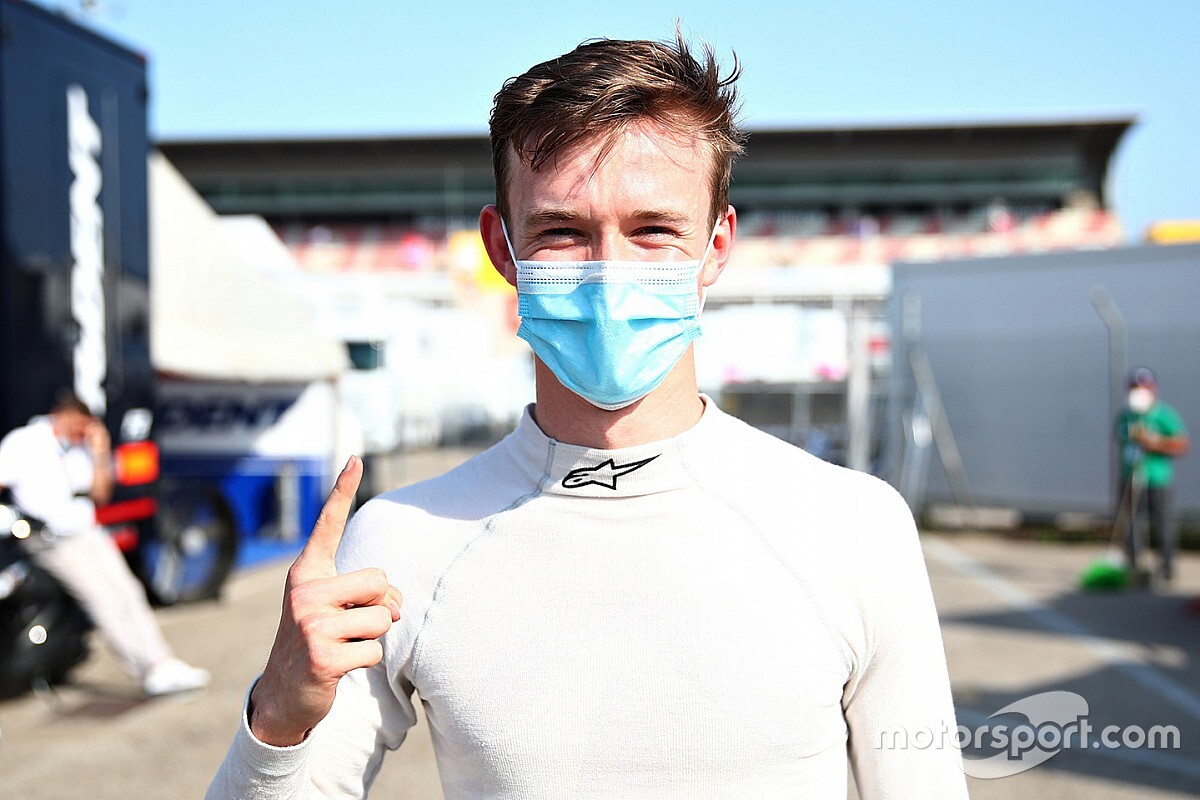 Ferrari junior Callum Ilott strengthened his position at the head of the Formula 2 drivers' standings with his third pole position of the 2020 season at Barcelona.

llott was second-fastest in the opening runs of the 45-minute session, falling just 0.025s shy of the early benchmark set by Prema's Robert Shwartzman.

The British driver was shuffled down to third by UNI-Virtuosi teammate Guanyu Zhou, who took advantage of an empty track after the opening runs to go second-fastest with a time just 0.014s shy of Shwartzman.

Ilott decided to begin his second run early, and managed to pull a huge gap on the rest of the field with a lap of 1m28.381s to go nearly half a second clear.

Shwartzman couldn't respond on his own second run and fell 0.183s short of a maiden pole, albeit securing his first F2 front-row start.

Zhou looked as if he would threaten his teammate's provisional pole as he again had the track almost to himself for his final flyer, going fastest of all in the first sector, but the Renault junior lost ground later in the lap and came up 0.220s shy of Ilott in third.

Joining Zhou on the second row for Saturday's opening race will be MP Motorsport driver Felipe Drugovich, while Mick Schumacher (Prema) and Yuki Tsunoda (Carlin) will make up row three.

It means Lundgaard, who goes into the Barcelona weekend second in the standings, now faces a deficit of 23 points to Ilott.