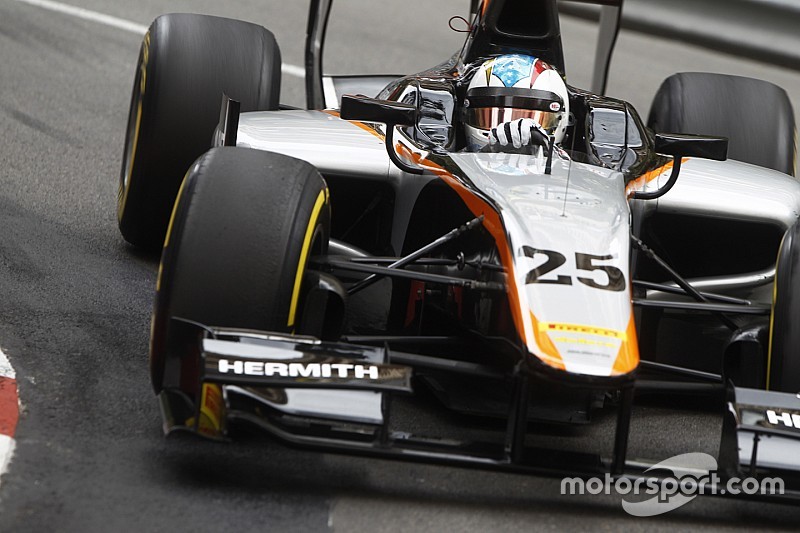 Johnny Cecotto Jr will race for the Carlin squad in this weekend’s GP2 races at Silverstone as Marco Sorensen has decided to quit the series in order to focus on his GT commitments.

The Dane has endured a difficult first full season in the F1 feeder series, having failed to score a single point after four rounds while teammate Julian Leal sits ninth in the standings.

That has led to Sorensen leaving GP2 in order to concentrate on his activities with Aston Martin, for which he is a full-time driver in the World Endurance Championship alongside compatriots Christopher Nygaard and Nicki Thiim.

Former race winner Cecotto, a veteran of 110 GP2 races, has contested two rounds this season for the Hilmer Motorsport team, being replaced by Simon Trummer for the most recent meeting in Austria, but will return to action this weekend in Sorensen’s place alongside Leal at Carlin.

“I’m really excited to be back in the GP2 car especially with a team with such a history in motor racing,” said Cecotto.

“After a few years of being quite close to working together, it’s great to finally race together with Carlin. I love Silverstone, I’ve had several podiums there so it’s great to be going back.”

Team boss Trevor Carlin added: “We’re very sad to see Marco leave us at such an early stage before he had the chance to fulfil his potential with us, but we fully understand the decision to now focus on his GT Racing activities. He’s a very likeable guy and we wish he lots of the luck for the future.

“At such short notice we wanted a driver who could jump in and be confident in the current GP2 car and was capable of delivering a good result. I’m looking forward to seeing Julian and Johnny work together this weekend.”