A fifth pole and a fourth win of the F2 season were enough to leave Motorsport.com columnist Charles Leclerc satisfied with the Austria weekend, even though he retired from the sprint race.

By:
Charles Leclerc
Listen to this article

Despite the Austria round ending with an unfortunate crash in the sprint, I feel really good about the weekend anyway.

It's a shame myself and the Prema team came up short of some important points in the second race, but the pace was very good throughout, so it was a lot more positive than negative.

The crash we couldn't do anything about and now we need to move on, especially as we've still extended the lead in the standings further.

In general, the campaign's going very well for now, but I'm not really thinking about the championship yet. I do look at the standings and I'm obviously happy about the gap, but we need to keep focused, working and maximising opportunities because the others are improving. 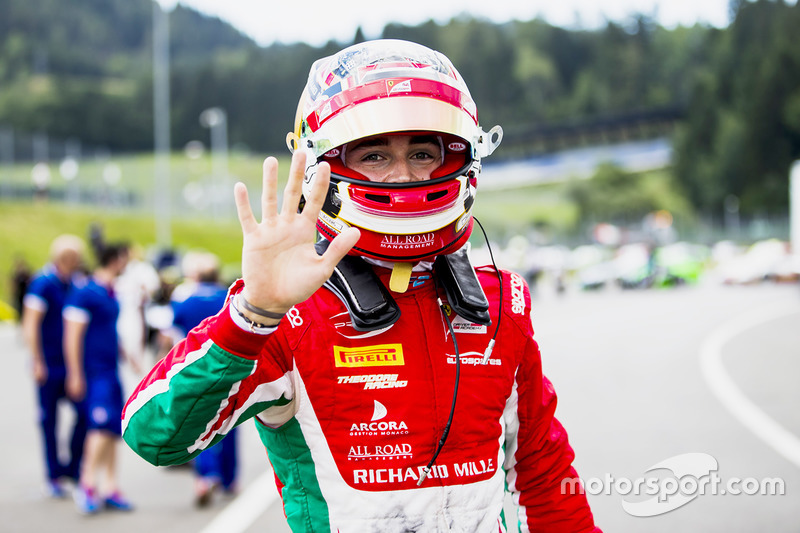 I was confident I should do okay at Red Bull Ring because it's a track I really get on with. There's just something about it – there's every type of corner so it's very complete, but it's also quite small, a bit reminiscent of my karting days because the lap is not so long.

We topped practice and qualifying by a reasonable margin although there was stern competition for pole, especially from Sergio Sette Camara. We could see that he was very quick, especially in the first two sectors.

But he was then penalised and it was my teammate Antonio Fuoco lining up on the front row with me instead.

Seeing him up there was not a really a surprise – we were expecting it. The season hadn't gone his way until now but he's a very good driver. 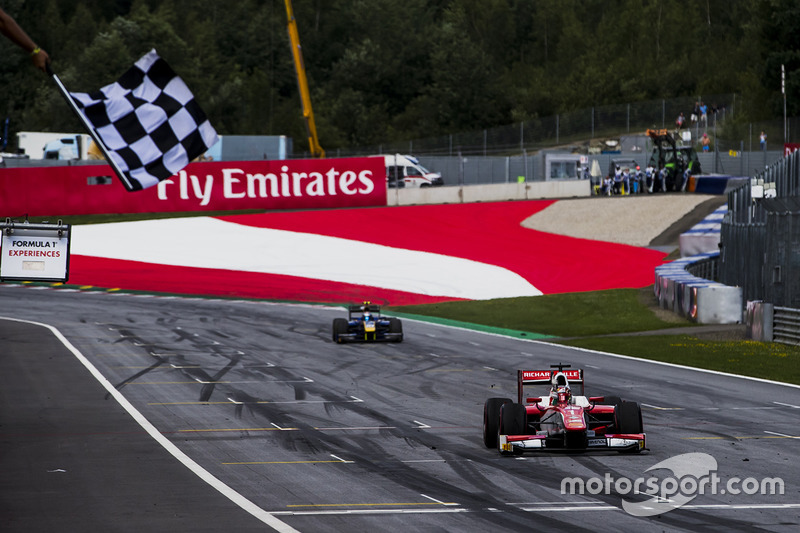 In practice and qualifying, we saw that tyre degradation was really high and we were concerned about the option tyre – the supersoft. As such, we took the decision to start on the prime compound, so as to avoid running supersofts early on with high fuel and having to manage massive degradation.

We kept the lead at the start of the first race, but we weren't sure how many laps we could do on the set that we had. I knew I had to go long, so I tried to take it as easy as I could early on, despite pressure from the drivers behind me.

On lap 12 or 13, my engineer told me what laptimes Oliver Rowland was doing - he stopped a few laps earlier as he was going option-prime. So then I tried to push and make the same laptimes as him – and the pace was very, very good at that point.

The primes didn't degrade that much even closer to the end of the race, so maybe we pitted a lap early. And definitely we didn't expect Oliver – and his teammate Nicholas Latifi, running the same strategy – to come back as quick as they did.

DAMS have been strong in the races since the beginning of the season and their strategy was maybe better for this race. Plus, their two drivers have GP2 experience and they probably did a better job than me at managing tyres, which is something I still feel I need to work on.

So, in the end, we were dropping off massively on the options, but luckily there was no extra lap and I took the chequered flag. I think one lap more and it could have been Nicholas' race. 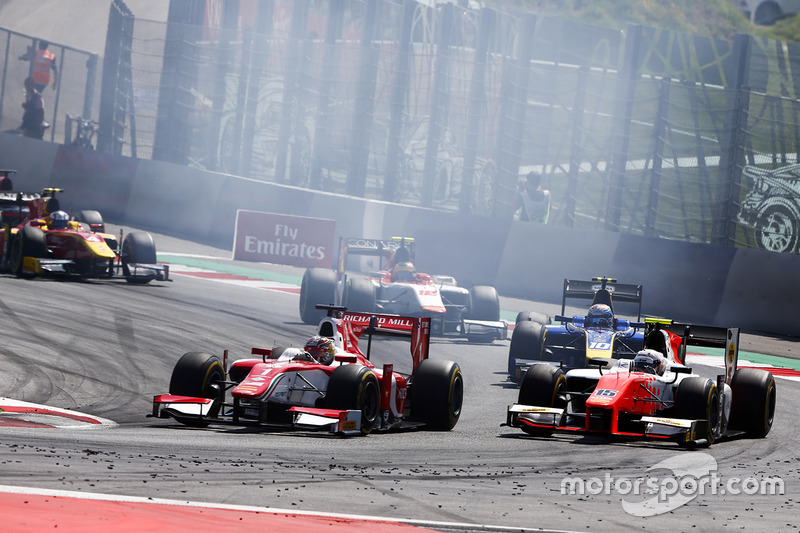 In race two, I had a really, really good start – I think my best of the season from zero to 100. I was just behind Antonio and, as soon as he moved to the right, I saw a stalled car ahead.

I didn't have any time to think about it, but enough time to avoid it. It was very very close and the crash could've been quite bad, so, in moments like these, it does really feel that all the reflex training we do at Ferrari is paying off.

It cost us a couple of spots because the other line had a clear run, but it wasn't a huge disaster and we were in a good position.

There was a safety car, after which I got a good restart, passing Jordan King with slipstream at Turn 3 and closing in on Oliver and Antonio.

Antonio tried to pass Oliver around the outside of Turn 4, which, to be honest, is a corner where you don't normally try a round-the-outside overtake. So Oliver didn't really leave space – I think he didn't expect it – and Antonio, surprised, had to brake straight away.

I got a really good exit out of the corner so was right behind, and there was no time to react and avoid him. To retire was unfortunate because the race was run on primes and our pace on primes was very good, good enough to at least have a go at the podium.

After seeing the images of the whole situation, I think it was more a racing incident than anything. I don't think Antonio was at fault to have tried – it's just a shame we were in the wrong place in the wrong time, but that happens sometimes. 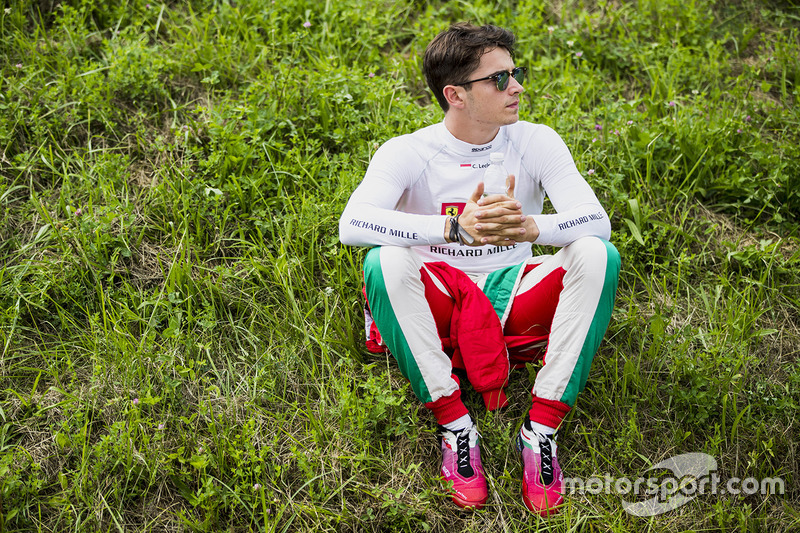 Next up is Silverstone, another track that I really like. I won there in my first weekend in F3 and the GP3 round here went very well for me, too. And the fast corners should make it a very exciting track to drive in a Formula 2 car.

We can aim to catch up the points we lost on Sunday in Austria in Silverstone, although I am happy with my current advantage.

At the beginning of the year, my goal was to win this series because that's how I approach every category I come into. I knew it would be extremely difficult because it's a tough championship, where experience with the Pirelli tyres is so beneficial.

So the goal, it hasn't changed compared to the start of the year. At this point, it feels a lot more possible – but there's still a long way to go.

Fuoco and Rowland at odds over Austria incident

Leclerc: ‘Not much satisfaction’ splitting Red Bulls in F1 championship