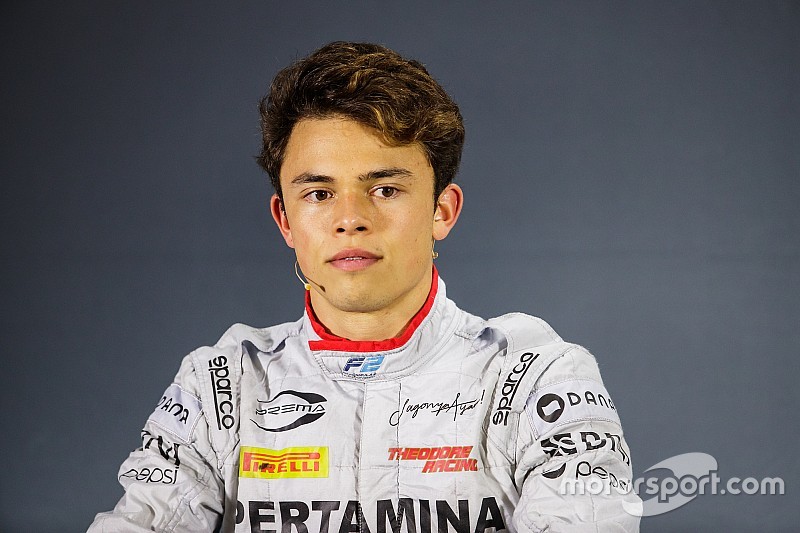 Nyck de Vries has been confirmed alongside Nikita Mazepin in ART's Formula 2 line-up for the 2019 season.

De Vries will embark of his third season in GP2/F2 level with ART, having raced for Prema this season and finishing fourth in the standings. He previously raced for the French outfit in 2016 in GP3.

The Dutch driver is also expected to see out his FIA World Endurance Championship campaign for the Racing Team Nederland LMP2 outfit.

“I’m grateful to ART Grand Prix for giving me this opportunity to continue my career in Formula 2," said de Vries.

"We have a long history together; our relationship has always been great and it feels like coming home! We also have unfinished business and I’m happy to have the opportunity to try to finish it next year in Formula 2 where our goal will be to be crowned champions."

GP3 graduate Mazepin was announced as ART's first F2 driver on Tuesday, and de Vries becomes the fourth driver to be confirmed for the 2019 campaign.

European F3 champion Mick Schumacher is taking de Vries' place at Prema, which is expected to retain Sean Gelael for a second season, while Nobuharu Matsushita is returning to F2 with Carlin after a year away in Super Formula.

“I am very happy that the paths of Nyck and ART Grand Prix are crossing once again," commented ART Grand Prix CEO Sebastien Philippe. "His experience, his seriousness and his top speed make him one of the natural leaders in Formula 2.

"Since our first partnership in GP3, we have seen him progress in all areas, both sporting and personal and he has all the qualities that will allow him to achieve his greatest ambitions and that of the company, namely securing both titles in Formula 2 in 2019”.