Formula 2 champion and Mercedes Formula E driver Nyck de Vries says 2017 was a "key point" in his career as he almost gave up on single-seaters completely. 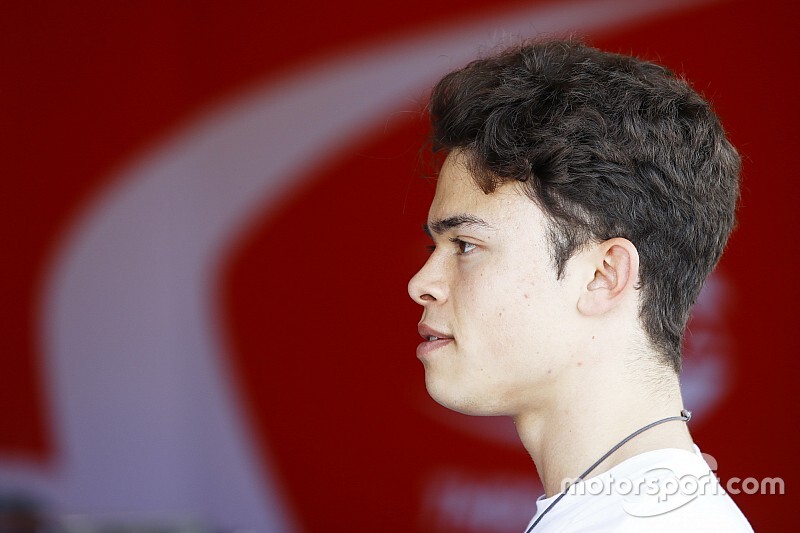 De Vries - who wrapped up the F2 title with a round to spare in 2019 driving for the ART Grand Prix team - had a glittering karting career where he won world and European titles.

After two seasons of finishing fifth in the Formula Renault Eurocup, he won the title in 2015 and then took third in World Series Formula V8 3.5.

Following a sixth place in GP3 with ART he graduated to Rapax in F2 for 2017 but immediately hit trouble.

"To be fair, I think my first season would not be fair to see as a true championship campaign," de Vries told Motorsport.com.

"I started with Rapax, they were in significant financial issues and I got swapped in the middle of the season, two days before Spa, not even knowing about it in advance.

"So it was a bit of a messy season, but it was enough to survive. I think that was a key point in my career because I could have probably moved away from single-seater racing and started a professional career in GTs or something.

"But I felt that I wasn't ready for that yet and [wanted to] try and give it a shot [in single-seaters]."

The following year, de Vries moved to Prema Racing and was a race winner with the team in 2018.

However, he feels that season was too focused on winning races as opposed to mounting a title bid, and that was a valuable lesson he took to ART this season.

"Yeah, exactly, being too focused and fixated on winning," he said. "Because, strangely, winning comes naturally when you're in that flow and you build yourself into a championship.

"The people around you start to trust you, there's more calmness and then suddenly things start to come your way. I experienced that this year, even though we had a tough beginning.

"The experience I gathered over the years made me confident and calm enough, plus the support of the team which was all on the same page and approach, to stay calm and focus on ourselves and build it as we went along, and I think that was crucial."

De Vries tested for the Toyota LMP1 squad in the Bahrain rookies test in December, and the manufacturer says de Vries is a driver it has an interest in for a future drive.