Formula 2 frontrunner Artem Markelov has been linked to a possible future at Williams – and the Russian has indicated that he will either graduate to F1 next year or stop racing.

With Lance Stroll and his backing set to move to Force India, possibly before the end of the current season, Williams is clearly searching for extra finance for 2019, and Markelov and his Russian Time support could fit the bill.

Crucially, he is one of the few drivers on the market who has a budget and a superlicence, having passed the FIA’s 40-point requirement when he finished second in last year’s F2 championship. He is lying in fifth place in the 2018 series.

He is currently part of the Renault F1 junior programme, but with Nico Hulkenberg and Daniel Ricciardo confirmed for next year, there is no race seat on the horizon at the French marque.

One complication is that Williams already has Sergey Sirotkin and SMP Racing on board, and it’s understood that the two Russian drivers and their support packages might not be compatible, despite the potential marketing synergies should the team take two drivers from the same country.

“I think that news you will know more in the end of the year, because we are still don’t know yet 100 percent,” Markelov said when questioned about his future at Spa. “But hopefully we’ll get some possibilities to drive an F1 car next year.”

Asked if Williams would be an interesting possibility he said: “Yeah, hopefully they will look at me and try to put me in a car and give me this opportunity. So we’ll see.”

Markelov insisted that he wouldn’t stay on for another season in F2, saying he’d done “too much already.”

Regarding an alternative should he not land an F1 role, he said: “Maybe finishing. Why not? Finishing or Formula 1. So, a nice word for the writing. Finish or Formula 1.”

A Williams seat is also very attractive to Mercedes, as it could be the only option for the manufacturer to place Esteban Ocon in 2019, should the Frenchman not end up at McLaren.

If Ocon has a seat elsewhere, then Mercedes can focus on getting F2 points leader George Russell into Williams. 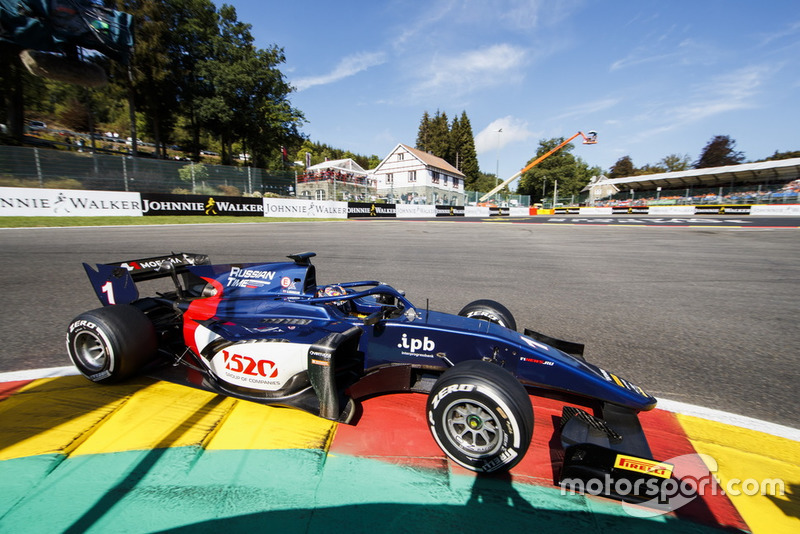