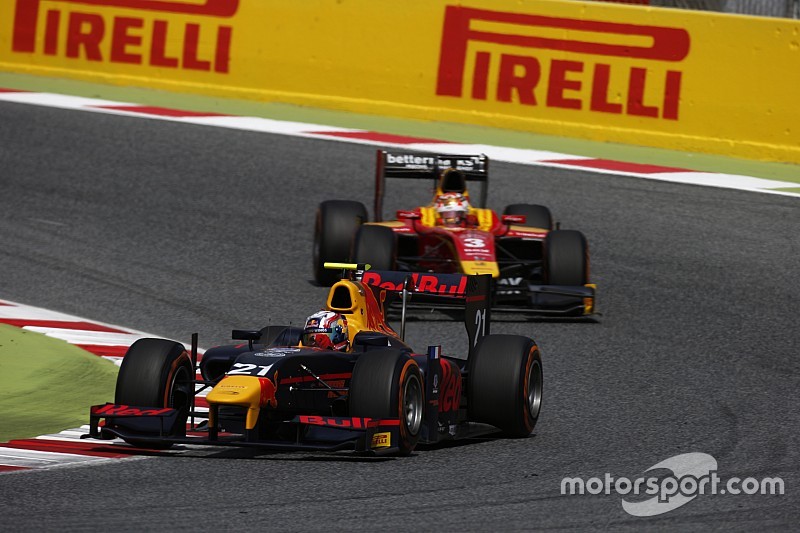 Red Bull junior Pierre Gasly has no doubt his lengthy winless streak will come to an end in 2016, despite another near miss in the GP2 season opener at Barcelona.

Gasly, racing for GP2 newcomer team Prema, leaves Barcelona with the championship lead, having placed on the podium in both races.

However, despite having claimed pole by almost half a second and leading most of the feature race, he was passed in the closing laps by Norman Nato and Nicholas Latifi on Saturday - and then ran out of laps to mount a challenge against former teammate Alex Lynn for victory on Sunday.

As such, the Red Bull junior has yet to stand on the top step of the podium since back in 2013 in Formula Renault 2.0 - even though he's lined up on pole on five occasions since then.

Asked by Motorsport.com why he's struggled to convert one-lap pace into race wins, Gasly said: "It's not the same driving in qualifying as it is in the race.

"Of course, on one lap, you can push as much as you want - which I like. But in the race, you need to be cautious with the tyres, which is something I'm a bit worse at.

"I need to still work a little bit on it. I think I've learned a lot last year. It's not an easy series, you need to have everything set up properly to win the race and so far, all the time, we've had something go wrong either on my side or with the team."

The Frenchman, who is believed to be a contender for a Toro Rosso Formula 1 seat in 2017 and will run with the team in the upcoming Barcelona test, is certain his winless streak will soon be history.

"I'm chasing this win since quite a while now, I definitely want to win," he said.

"I'm sure this year we're gonna win some."