Luca Ghiotto took pole position for the Formula 2 feature race in Barcelona, despite struggling with his car early in the session. 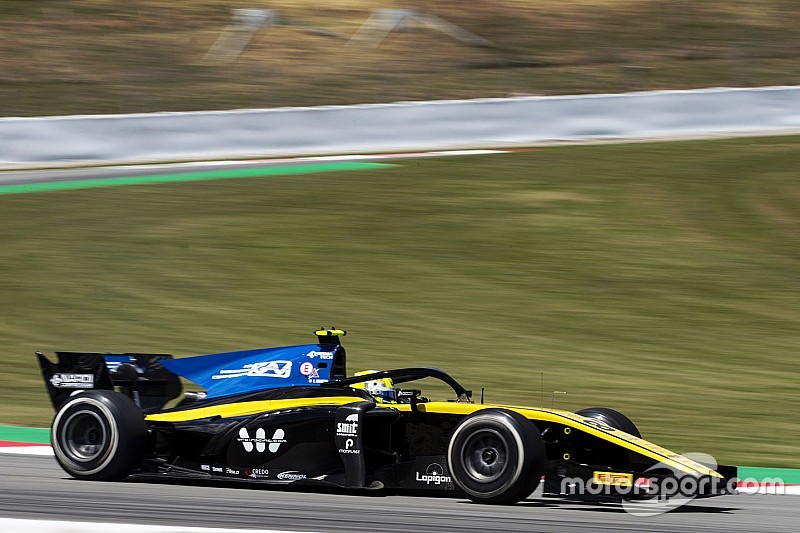 Baku feature race winner Jack Aitken was fastest in the first half of qualifying with a 1m28.406s, over a tenth faster than Nicholas Latifi, but Ghiotto came close to beating him during the mid-session lull.

Unlike the rest of the field, Ghiotto did not immediately head out on the track when the session started, and had the track to himself when others pitted.

Despite claiming that something was off with his Virtuosi car, having ran on the kerbs on the exit of Turn 9, Ghiotto still did a 1m28.492s, narrowly losing out to Aitken.

Aitken also had a unique strategy as he, along with Campos teammate Dorian Boccolacci, started their second runs with over 10 minutes remaining, and their sessions ended long before qualifying did.

The Renault junior narrowly bested his own top time by 0.051s, but he was quickly demoted as the majority of drivers began their second runs.

DAMS driver Latifi moved into the lead with a 1m28.212s and stayed ahead despite Nyck de Vries and Guan Yu Zhou both getting close, but the Canadian said that the lap could have been "much better" if not for some brake issues.

But Latifi in the end had to settle for second as Ghiotto was able to set the fastest time on his second run, taking pole position with a 1m28.031s.

Prema driver Mick Schumacher completed the top 10, despite only being 0.574s off the pace.

UPDATE: Campos pair Aitken and Boccolacci were later found to have used a “undeclared rear part of the wooden plank during free practice”.

They have both been awarded three-place grid penalties, demoting Aitken to eighth and Boccolacci to 12th.