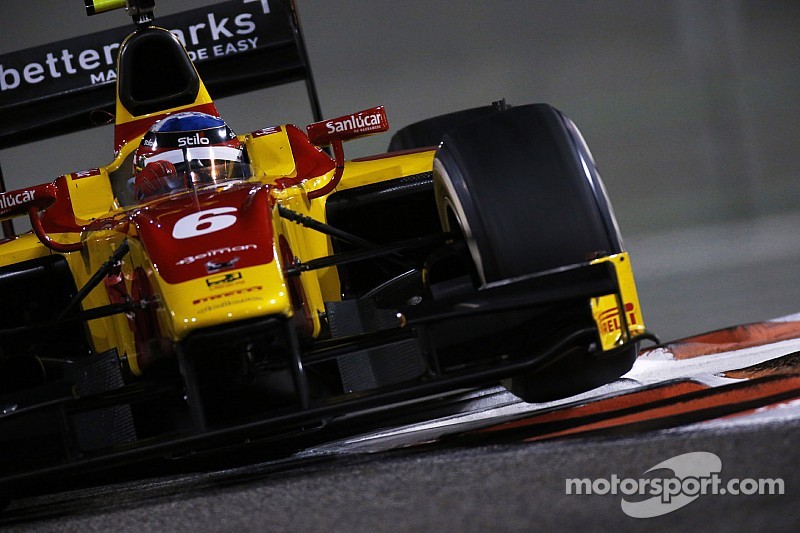 The 2015 GP2 Series calendar was confirmed today and will once again consist of eleven rounds in total, all support events of the Formula One World Championship. Just as in 2014, eight rounds will be held in Europe with three overseas events to complete the calendar.

The eleventh season of the GP2 Series will open in Sakhir on April 17-19. The action will then move to Europe with its first stop in Barcelona on May 08-10 before going to Monte Carlo on May 21-23. Four weeks later, the season will resume on June 19-21 in Spielberg, followed by Silverstone on July 03-05 and Germany (venue TBA) two weeks later, with Budapest back-to-back before the summer break.

The action will pick-up first in Spa-Francorchamps on August 21-23 then Monza two weeks later. The paddock will next go to Sochi on October 09-11 before the season finale in Yas Marina on November 27-29.

The GP2 organisers have also announced the pre-season testing dates: the first one will take place at Yas Marina on March 09-10-11, whilst the second session will be held at Sakhir on April 01-02-03.

GP2 Series CEO Bruno Michel said: “I am glad that once again all of our events will take place alongside Formula One. It’s the best way for young drivers to not only learn as many F1 tracks as possible, but also to showcase their skills directly in front of the F1 paddock. With the introduction of DRS in 2015 - which will be the only important technical modification on our cars - GP2 is the perfect category to prepare the drivers for the next step.

“Just like in 2014, next season’s calendar is a balance between racing on F1 circuits, in Europe and overseas, and costs control with the race events limited to eleven in order to enable our thirteen teams to maintain a sustainable economic model.”