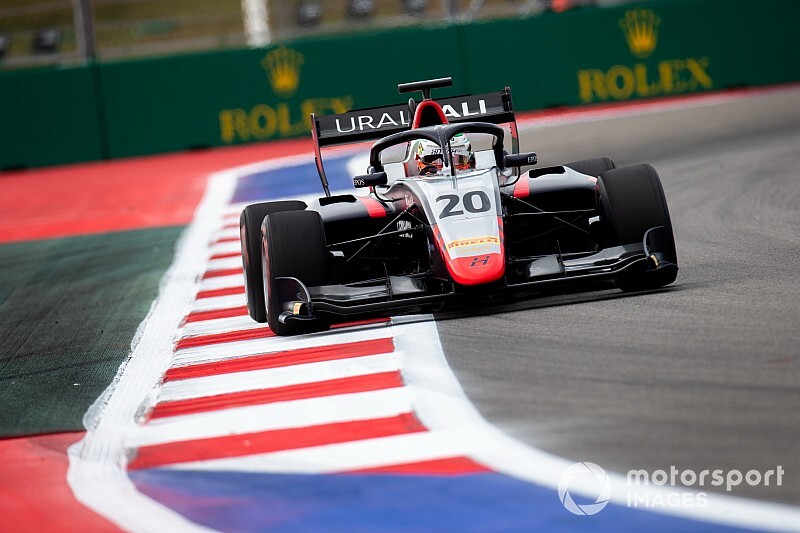 Rumour had emerged in the paddock in Abu Dhabi last year as the squad spoke to prospective personnel about a possible entry, and the F2 organisation which runs the championship has allowed the team to become the 11th outfit on the grid.

Hitech is yet to announce drivers, although ex-ART Grand Prix driver Nikita Mazepin is set to join the team.

McLaren test and development driver Sergio Sette Camara had been favourite towards the end of last year for the second seat, but ex-Virtuosi Racing driver Luca Ghiotto has emerged as a shock option for the team according to Motorsport.com sources.

Ghiotto left F2 at the end of last year to join the R-Motorsport GT set-up, but rumour has now linked him to an F2 return.

Hitech did not announce its drivers in Monday’s announcement of its F2 entry.

“With the new 18-inch rims and some car updates coming to F2 in 2020 it made entering now much more necessary than the end of 2020 where we would be a year behind the learning process,” explained Hitech boss Ollie Oakes.

“Of course, joining the grid this late means we are slightly up against it – but at Hitech we like a challenge!

“We are under no illusions that it will be a big ask to compete against some very established teams in F2 but I believe in our group and I am really excited for the first event in March at Bahrain.”

"As stated before, many teams continuously show interest in joining our Championship.

“Hitech Grand Prix enjoyed a strong Formula 3 season in 2019 and I know that although they are joining late, they will be able to adapt quickly to Formula 2 in order to fight against the other teams.”

It took Red Bull junior Juri Vips to fourth in the standings and also earned second in the teams' championship behind Prema Racing.

Formula 2 testing kicks off at Bahrain on March 1-3.

Hitech's addition means there are due to be 22 cars on the grid this season.