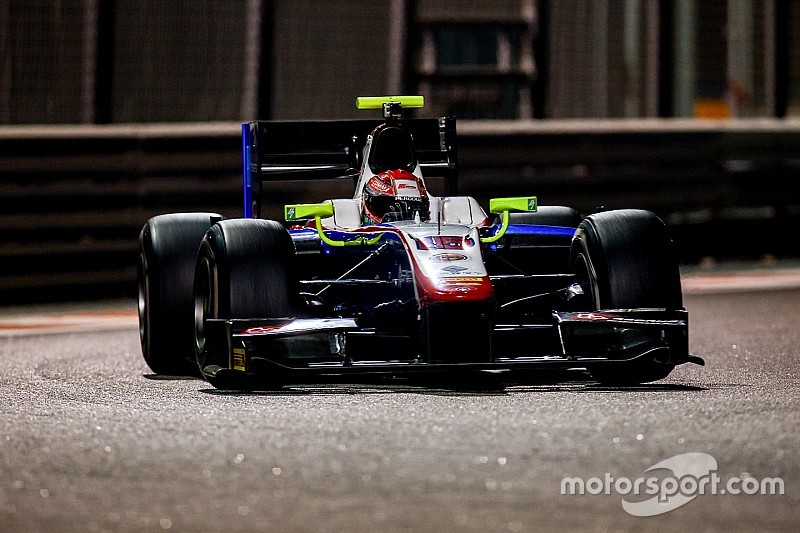 Malaysian driver Nabil Jeffri has signed with the Trident team for the upcoming GP2 campaign.

Jeffri, a former German F3 runner-up, debuted in the series last year with British outfit Arden, and scored the only points finish of his rookie campaign with seventh in the Baku sprint race.

The 23-year-old Malaysian will now move to Italian team Trident, which he ran with in the post-season Abu Dhabi test.

"We are extremely delighted to announce Nabil Jeffri as our first GP2 series driver for 2017," said team manager Giacomo Ricci.

"We already had the chance to collaborate with this promising Malaysian driver during last year’s post-season testing when he showed great adaptation skills to our cars.

"We were really impressed by his progress in terms of results despite [the fact] he only ran with us in the final day. We started working together in mid-January and we are convinced that, benefitting from all the work done so far, Nabil will be really competitive from the first time on-track at Barcelona."

Trident, which finished eighth in the teams' standings last year but won a race with rookie Luca Ghiotto, ran Raffaele Marciello and Philo Paz Armand alongside Jeffri in the post-season test.

Marciello has since committed to racing Blancpain GT, while Armand has yet to announce his plans for 2017.

Said Jeffri: "I am really honoured to be the first Trident driver announced for the 2017 GP2 programme.

"Having the chance to return to the series for my second season, and doing it with a team with such a long and winning history is a dream for me. I am sure that they will support me best in 2017."