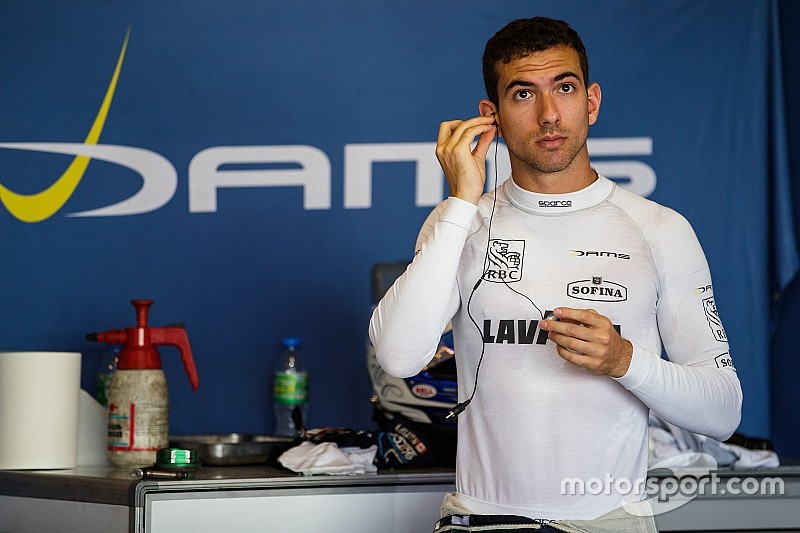 Williams Formula 1 reserve driver Nicholas Latifi will remain in Formula 2 next season with the DAMS team.

Canadian driver Latifi has two wins and 12 podiums from his three-year GP2/F2 career.

He ended 2017 in strong form but illness at the start of 2018 robbed him of key testing mileage and he struggled to adapt to the new car.

After finishing ninth in the standings with one win – in a reversed grid race – and three podiums, he is confident of fighting for the title in 2019.

“My aims for this year are quite clear, I want to compete for the drivers’ title and help DAMS win the Teams’ Championship,” said the 23-year-old.

“The potential has been there for us to fight at the front, but we had some bad luck early on in 2018. My best performances came in the last few rounds, so hopefully we can continue that strong form into 2019.

“Driving for DAMS has given me the opportunity to showcase my abilities, which has helped in securing my F1 role with Williams, and I’m excited to be returning for another season.”

Alexander Albon – now promoted to Formula 1 with Toro Rosso – scored three pole positions and four wins for DAMS on his way to third in the championship last year, while the French outfit took third in the teams’ championship.

DAMS owner Jean-Paul Driot said: “It is very satisfying to welcome back Nicholas for another year.

“He recovered from illness at the start of last season and his performances in the second half showed he was capable of fighting for the title.

“As we have done in the past, our objective is to fight for both titles. He already has one foot in F1 and we will do everything to help Nicholas into a full-time drive, as we did with Albon.”

Latifi's teammate for 2019 is unconfirmed, although Sergio Sette Camara tested with DAMS in the post-season test and is understood to be in discussions with the team over a race seat.

Alesi steps up to F2 with Trident