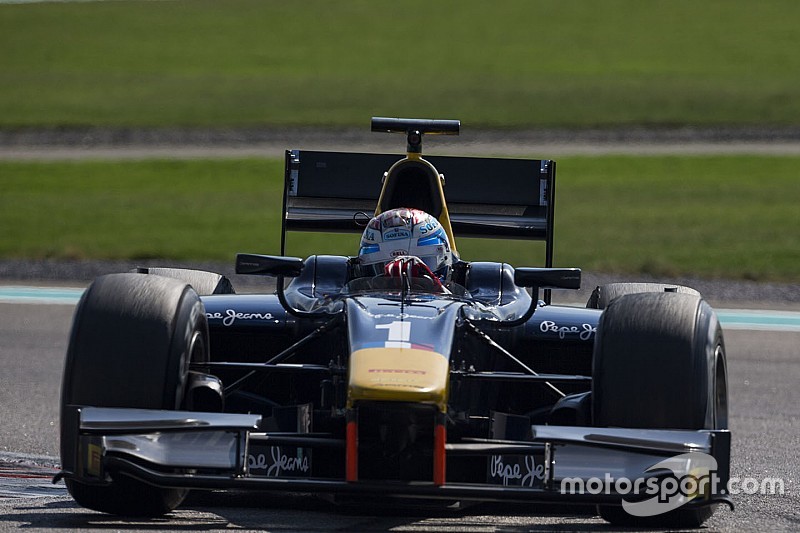 Canadian racer Nicholas Latifi was the quickest driver on the second day of GP2's three-day post-season test at Yas Marina.

Latifi, running for perennial frontrunners DAMS, posted his best time of 1m47.860s in the afternoon - and, in doing so, narrowly surpassed the Day 1 benchmark of ART's Nobuharu Matsushita.

The Canadian was close to completing a sweep of the day's two sessions, but was denied by 0.017s in the morning, losing out to Russian Time's Artem Markelov.

Andre Negrao, driving for Rapax, was a tenth off of Markelov in third and had Richie Stanaway and Pierre Gasly within another tenth of his time.

In the afternoon, Latifi took over at the front for good and would be the only driver to surpass the 1m48s mark.

Norman Nato moved up to second for ART late on, demoting Sergey Sirotkin to third, as Alex Lynn and Nick Yelloly made up the top five.

Campos Racing's new signing Mitch Evans ended his first day with the team in ninth, while Jimmy Eriksson was the top rookie in 11th.