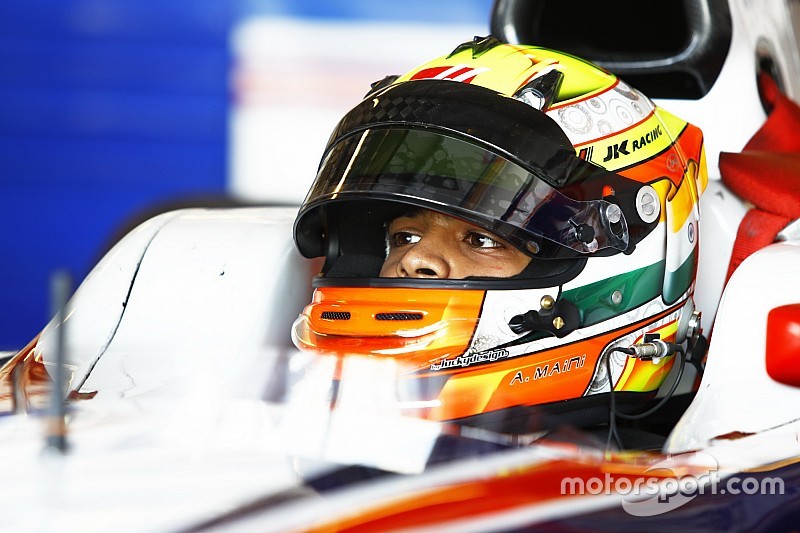 Maini first rose to prominence in 2014 when he finished second in the BRDC British F4 championship, only losing out to teammate and now-Mercedes junior George Russell.

He then spent one-and-a-half seasons in European F3 with little success, but enjoyed much better fortunes after making a mid-year switch to GP3 in 2016.

The 20-year-old finished ninth in his first full season in the F1-supporting category last year, scoring one sprint win and another podium finish.

"I’m very excited to be competing in the FIA Formula 2 championship with Trident Motorsport," he said.

"I felt we were quite competitive during the post-season test and given that the series is using all new cars for the coming season, I’m quite excited for the year ahead.

"Trident is a very strong team and I’m sure if we work hard we’ll be in for some strong results during the course of the season.”

Maini will team up with Ferrucci, who will embark on his first full-season in F2. The American took part in the last five rounds of the 2017 season after quitting the DAMS GP3 squad and scored points at both Hungaroring and Spa.

"I am very proud to be back at Trident for my first full season of FIA F2," he said.

"I think I fit extremely well in the team and we have strong potential this season to fight for a championship. I cannot wait to get back behind the wheel for our first preseason test!"

Both drivers got their first taste of 2018-spec F2 car at France's Magny Cours circuit on Wednesday.

"Our line-up for the FIA Formula 2 Championship can count on two great drivers, on which it is certainly worth relying," team owner Maurizio Salvadori said.

"Santino and Arjun are two undoubtedly valuable prospects who have all that it takes to be among the future stars of motorsports for the years to come.

"It is certainly not by chance that an ambitious Formula 1 outfit, Team Haas, selected them to join their junior development program."