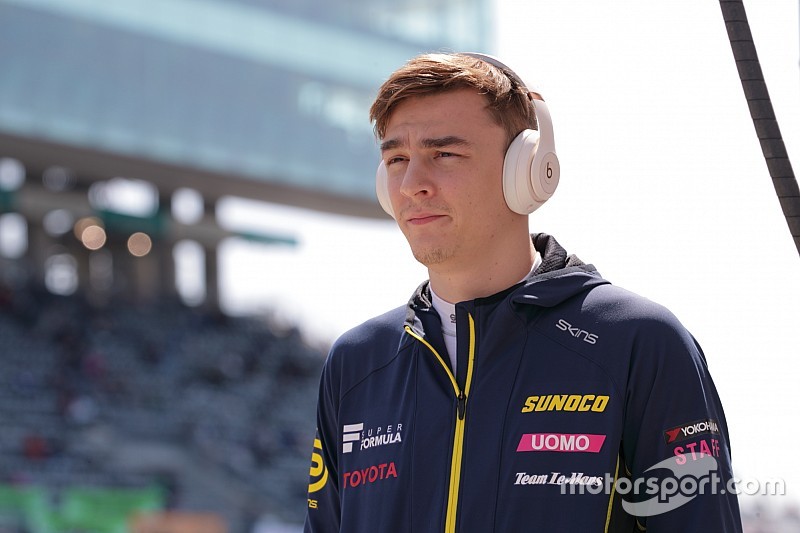 Ex-Renault Formula 1 reserve Artem Markelov will replace the Indy 500-bound Jordan King at MP Motorsport in a shock return to the Formula 2 Championship in Monaco.

Markelov competed in the series from 2014 – when it was called GP2 – until the end of 2018, driving only for the Russian Time squad.

He managed a best finish of second in 2017, runner-up to Ferrari’s current Formula 1 driver Charles Leclerc.

King lies eighth in the championship this year after a strong return to F2 after a year out, and has signed up for the season apart from his clashing Indianapolis commitments.

Nine-time GP2 and F2 race winner Markelov - who won races in Monaco in 2016 and 2018 - confirmed that his return was a one-off as he focuses on his Super Formula campaign.

He is competing this weekend at Autopolis, having finished 10th in the Super Formula season opener at Suzuka.

“I am very happy to join MP Motorsport in Monaco,” said Markelov. “Monaco is a special place, and I can’t think of a better occasion for a one-off return to Formula 2.

“I’m looking forward to meeting lots of old friends, and of course wish Jordan all the best in his effort to win the Indy 500!”

MP team boss Sander Doorsman added: “We can’t think of a quicker man to step into Jordan’s car at Monaco than Artem. We are sorry to lose Jordan for the weekend, but Artem is a worthy replacement.

“I look forward to working with him during an important weekend for us and hope that he will help us to a pair of great results at Monaco.”

Elsewhere on the grid, Trident driver Ralph Boschung's participation in the Monaco races was in doubt, but the Swiss racer has now confirmed he will continue in the series.