Honda junior Nobuharu Matsushita will return to Formula 2 in 2019 with Carlin after a year away in Super Formula, it has been announced.

Matsushita was groomed by Honda to become Japan’s first F1 driver since Kamui Kobayashi and spent three years in GP2/F2 between 2015-17 in preparation of such a move.

However, he failed to score enough points to land a superlicense, earning a best championship finish of sixth in 2017 with the ART Grand Prix team.

That prompted Honda to place him in Stoffel Vandoorne’s former team Dandelion in Super Formula, where he finished as the highest-placed rookie and 11th overall in the championship.

However, Matsushita has now been given Honda's blessing to return to F2 next year with the teams' championship-winning Carlin outfit.

He will get his first taste of Carlin F2 machinery at this week's Abu Dhabi test, where he will likely be joined by Haas F1 junior Louis Deletraz.

“I am extremely excited to be returning to the FIA Formula 2 Championship where I feel I have unfinished business," he said.

"Carlin have done a fantastic job this season to take the teams’ title and second in the drivers’ standings.  We will be working hard from the outset this week to prepare a strong campaign for 2019.

"Thank you to Honda for their continued support and presenting me with such a great opportunity.”

Matsushita first hinted about a return to F2 earlier this month, telling Motorsport.com that he was negotiating with Honda about the move and the chances of striking a deal were “50 percent”.

The 25-year-old's return to F2 coincides with Nirei Fukuzumi and Tadasuke Makino moving full-time to Super Formula after a season in the F1-supporting series.

Carlin fielded Lando Norris and Sergio Sette Camara in F2 in 2018, with the former’s graduation to McLaren leaving a vacant seat at the British outfit.

“We are thrilled to welcome Nobu to the team for the 2019 FIA F2 season," team boss Trevor Carlin said. "He is an exciting driver to watch and we believe he will be a great asset to the team and.

"He’s already a race winner in the championship so we know that together we are more than capable of providing a really strong showing next season.

"We’re extremely proud to be working with Honda again and to have been entrusted with such a promising Honda Junior driver.”

Honda has also placed another of its junior drivers, 18-year-old Yuki Tsunoda, into the new FIA F3 series that replaces GP3 on the F1 support bill next season.

Tsunoda won the Japanese F4 series this year and will take on his first season of racing in Europe with the Jenzer team. 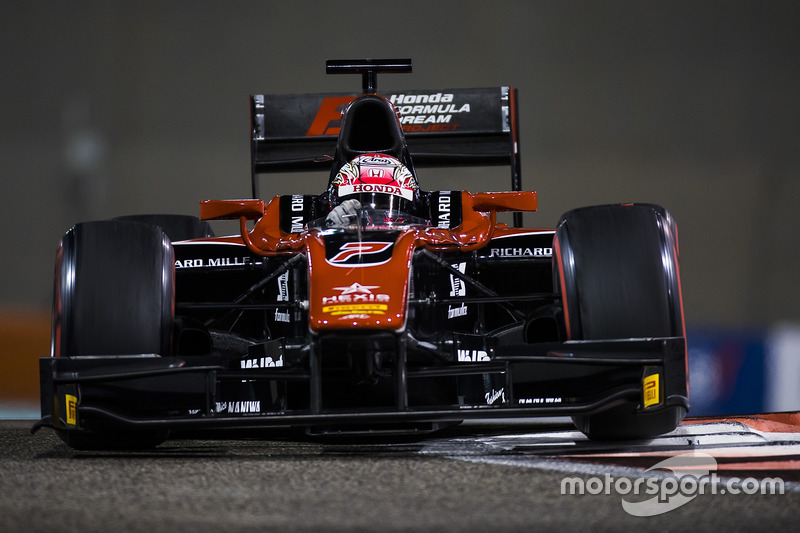