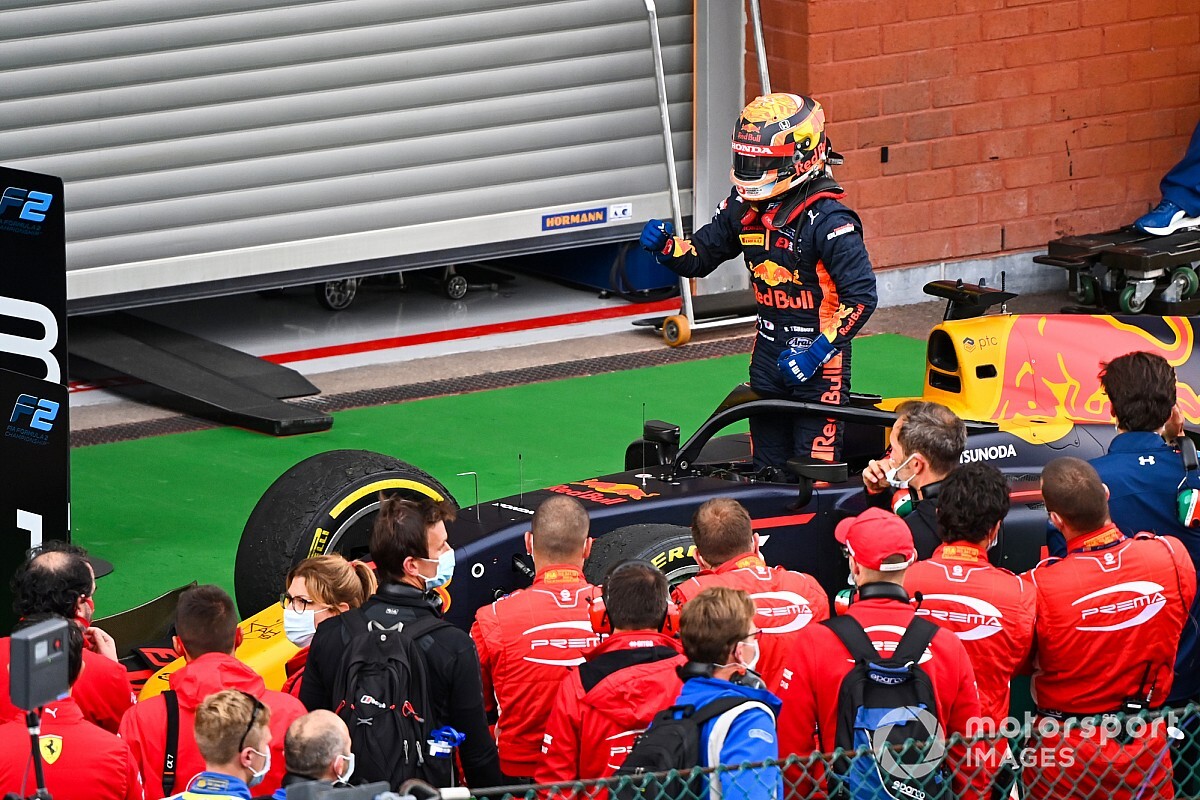 On-the-road FIA Formula 2 Feature Race winner Nikita Mazepin has been given a suspended five-place grid drop for “potentially dangerous and unsportsmanlike conduct” after his post-race antics at Spa.

After being informed over the radio on his in-lap of a five-second time penalty for his defence of the lead of the final lap against Yuki Tsunoda at Les Combes that cost him victory, Mazepin drove into the P2 board in parc ferme, sending it flying just as Tsunoda was about to walk in front of it to celebrate with his team.

After the race, Mazepin complained of his penalty: “If the stewards keep going like this there's going to be no racing on track.”

Race stewards decided that the Hitech driver “approached parc ferme at too great a speed, before making contact with the second-place marker”.

Mazepin’s Hitech team had also been under investigation during the race for an unsafe release of the Russian, when he left his pit box towards some Trident mechanics who were forced to take evasive action. The team was given a reprimand for this.

MP Motorsport pair Felipe Drugovich and Nobuharu Matsushita have also both been penalised, following their collision approaching Blanchimont. Matsushita has been given a three-place grid drop for Sunday’s Sprint Race.

He was found to have pulled across the nose of Drugovich’s car, which damaged his teammate’s front wing. The stewards determined that the Japanese driver was wholly responsible for the contact.

Drugovich, who ended up in P20, has also been disqualified from the race for making his mandatory pit stop on the final lap, which is a breach of article 37.6 in the sporting regulations. Both MP drivers will start from the back of the grid tomorrow.

ART Grand Prix’s Marcus Armstrong was found to have overtaken Jack Aitken off track on the final corner of the final lap, which gained him a lasting advantage. The ART driver has subsequently been given a 5s time penalty and falls from 13th to 15th.