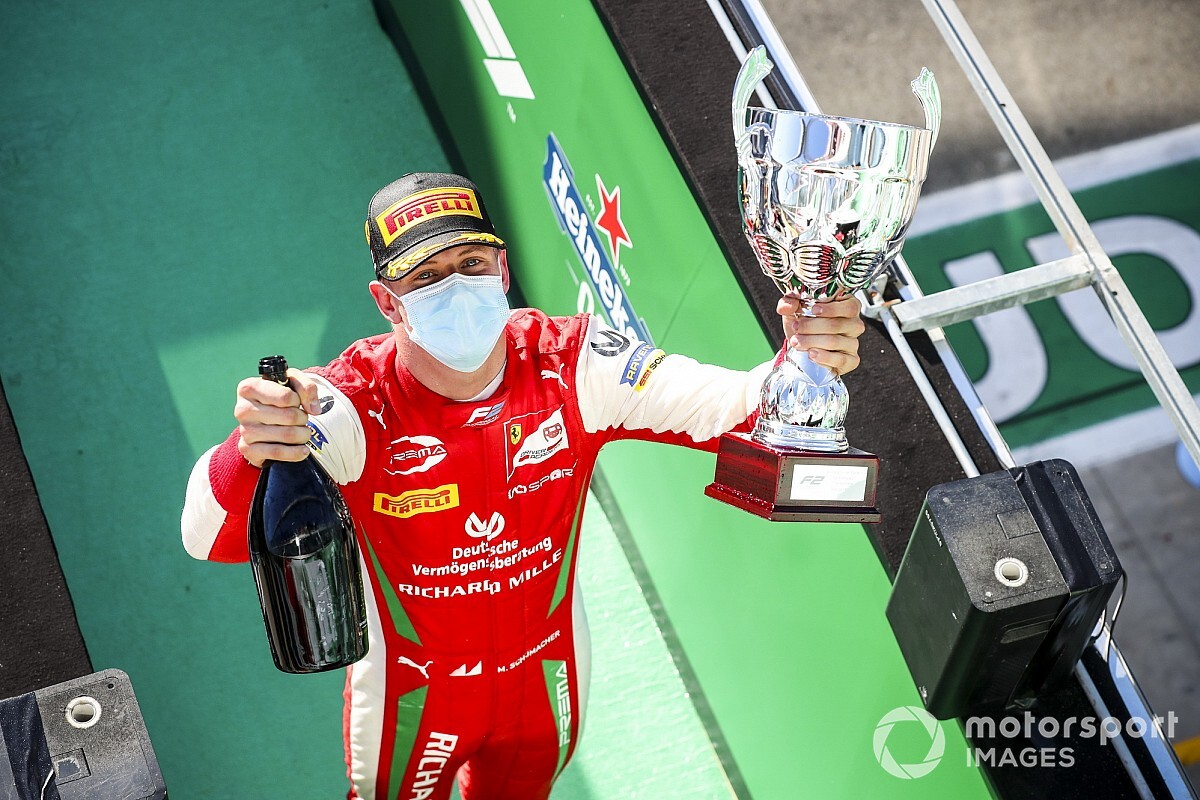 Schumacher won his first F2 race of the year from seventh on the grid in commanding fashion at the Italian circuit after fellow Ferrari junior and polesitter Callum Ilott stalled in the pits.

Schumacher won the 2018 European Formula 3 title with Prema after a late-season push which saw him win seven races in the final five rounds before stepping up to F2 the following year.

“We have proven before in different categories that it is possible to come from far behind [in the championship],” Schumacher said after the race. “You just need to be consistent, you just need to be happy to work and have a good relationship with the team. I’m feeling more comfortable than ever working with them, the trust basis is so high and I think that’s really paying off now.

“All the hard work we did before, and also the harder races we had made us stronger for now, and the momentum is on our side, now we just need to keep it consistent and try to do our best.”

Schumacher hailed it an ‘honour’ to win on home soil for an Italian outfit and as one of five Ferrari junior drivers in the field – a trio of which currently occupy the top three places in the drivers’ championship. He led the early stages of qualifying but finished down in seventh place on the grid after beaching his car on the exit of Ascari during his final flying lap.

“Obviously it feels great, also being part of the driver academy for Ferrari, it is a great honour to win here and drive at this track,” he said. “To do it in an Italian team is even more special. The boys really deserve every single point we scored out there today. They did an amazing job getting the car ready after yesterday’s incident, and I, therefore, this win goes to them.

“I just overdid it at Ascari [in qualifying] and with these tyres, it’s quite hard to feel when you go over the limit and definitely I was, because I was already sideways.

“Then the tyre just snapped and the car just goes away. I wasn’t too frustrated about the crash itself, I was more frustrated about [qualifying] P7. Because I think we had the pace for top five or top three result in qualifying.”