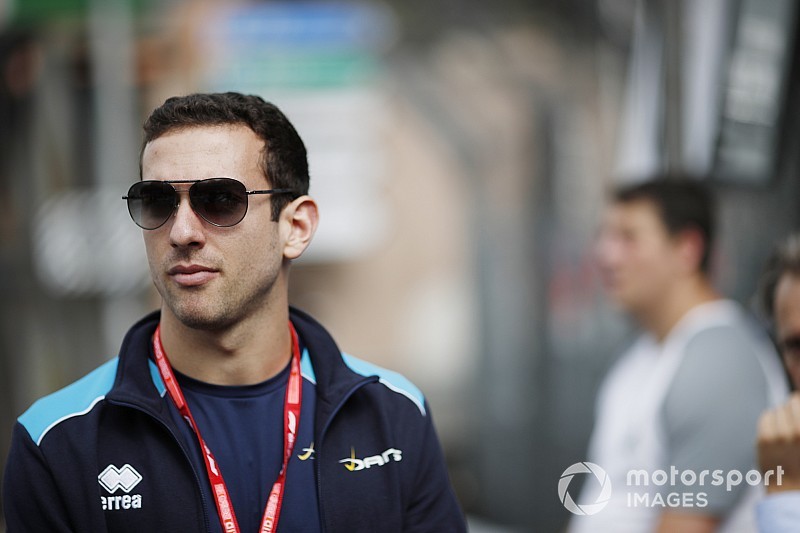 ART Grand Prix driver de Vries shot to the top of the leaderboard with eight minutes to go, despite not setting a personal best time in the first sector.

But Latifi, who had been top for most of the session, was back to first place once more just two minutes after de Vries’s flyer.

Latifi had to push hard to extract the time, carrying plenty of kerb, and speed, through the Swimming Pool section in stunning fashion.

De Vries held on for second ahead of a number of late chargers, the Dutchman looking to rebound from last year when he was involved in a bizarre pitlane crash with then-DAMS driver Alex Albon under safety car, as the pair ran one-two.

Luca Ghiotto had a quiet session, but jumped up to third in the closing minutes for Virtuosi Racing.

Louis Deletraz spent most of the session in the top three for teams’ champions Carlin, but failed to improve late on as many did, which relegated him to eighth place.

Sean Gelael, second in the feature race in Monaco last year, took ninth for Prema Racing ahead of reigning GP3 champion Anthoine Hubert, who improved despite an earlier visit to the Ste Devote run-off.

Ferrari junior Mick Schumacher was in the top 10 for most of the session but slipped late on when others improved, falling to 13th.

The session was under virtual safety car for just over five minutes as Honda Formula 1 junior and Carlin driver Nobuharu Matsushita ground to a halt just after the Fairmont Hairpin with 29 minutes in the session to go.