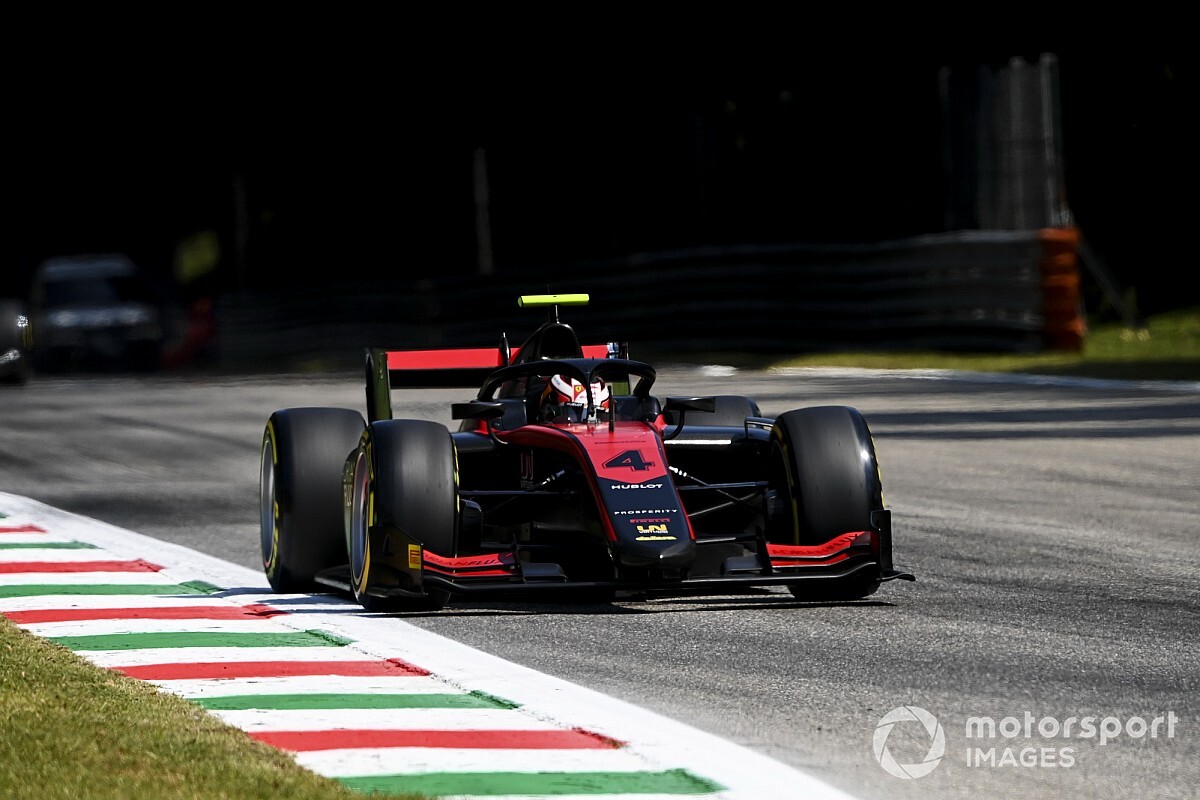 Callum Ilott took his fourth pole position of the Formula 2 season after topping a qualifying session at Monza that was prematurely ended by a crash for Mick Schumacher.

Virtuosi’s Ilott lost the F2 points lead after a disastrous round at Spa last weekend where he scored just one point.

He responded with a stunning last-gasp effort in the 30-minute qualifying to edge Red Bull and Honda protege Yuki Tsunoda by just 0.030 seconds.

Ilott tucked in behind Brazilian racer Felipe Drugovich at the start of his final flying lap and utilised the tow to vault to the top of the leaderboard.

The majority of his rivals were unable to respond when Ilott’s Ferrari stablemate Schumacher spun into the barriers on the exit of the Ascari chicane with just three minutes of the session remaining.

The red flag was called to recover Schumacher’s car and the decision was made soon after to not restart the session.

This ensured Ilott claimed the four bonus points for pole to cut the points deficit to his fellow Ferrari junior Robert Shwartzman in the drivers’ championship to six points.

Prema’s Schumacher was leading the session after the first qualifying runs but slipped down to seventh place following his crash, just behind late-improver Nikita Mazepin.

Dan Ticktum was within a tenth of Schumacher’s benchmark following the first qualifying runs, but slipped down to 10th place after failing to improve on his second run.

ART Grand Prix’s Marcus Armstrong was unable to follow through with his strong practice showing, with the 15th fastest time ahead of championship leader Shwartzman.

Shwartzman qualified down in 15th place, which means he will start a feature race from outside the top 10 for the third time this season.