Super Formula Lights champion Teppei Natori has announced he will take a year out of racing in 2022, as a planned move to Formula 2 appears to have fallen through.

Natori took to social media on Sunday evening to say he had been forced on to the sidelines by a "difference in opinion" with his management company.

This is a likely reference to financial company Buzz, which supported Natori's test outing with the Trident F2 team last month in Abu Dhabi that was seen as a precursor to a full-time drive in the Formula 1 support series.

"From November our preparations to race overseas were moving forward, and in December it was decided, but due to a difference in opinion with my management company, we have abandoned those plans," wrote Natori.

"During that time I was made a lot of offers to keep racing in Japan, but because it had already been decided that I would race overseas, I refused all of them.

"Currently I am working daily towards the 2023 season. I'll do my best to show everyone a strong performance in 2023." 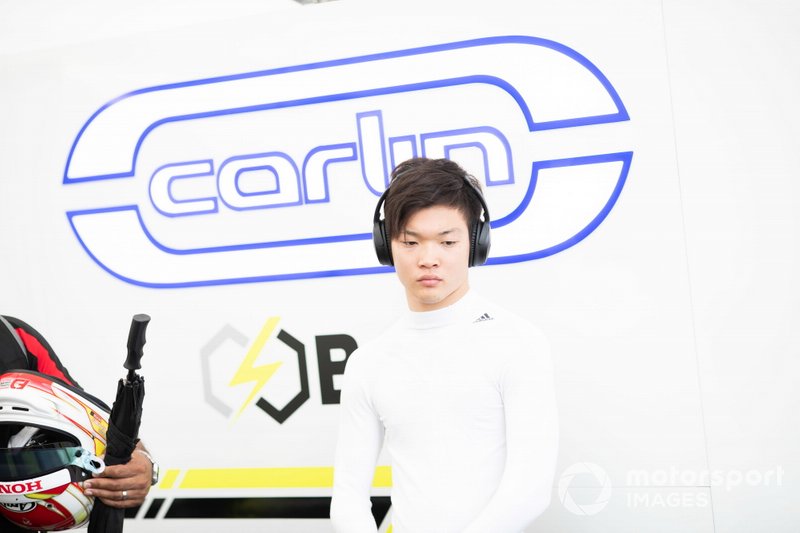 Natori stayed in Super Formula Lights for a second season last year after losing his status as a Honda junior, and narrowly won the drivers' title for B-Max Racing ahead of TOM'S man Giuliano Alesi.

He dovetailed that with a SUPER GT drive for Honda GT300 squad UpGarage, sharing a car with Takashi Kobayashi.

Natori had been linked to a move to the Nissan SUPER GT stable last year before it became clear he was targeting a return to Europe, having previously raced in FIA F3 in 2019 with Honda's backing.

Honda has already announced that one of its current junior drivers, Iori Kimura, will take over Natori's SF Lights drive at B-Max, while another member of its stable, Kakunoshin Ota, will fill the SUPER GT vacancy at UpGarage.

Japan will still be represented on the 2022 F2 grid by Marino Sato (Virtuosi) and Honda-backed Ayumu Iwasa (DAMS).