Formula 2 is to switch to 18-inch tyres next year in a move that will help Pirelli get a season of racing experience under its belt before F1 follows suit in 2021.

As part of Liberty Media’s vision for a big overhaul of F1 from 2021, one of the changes that has been set in stone is a shift to 18-inch rubber.

But in a surprise move announced ahead of the Spanish Grand Prix, it has been decided that F2 will have the different-sized wheels a year in advance of F1.

F2 hopes that the change for 2020 will be a boost in enhancing the series’ reputation as a stepping stone to F1.

F2 series boss Bruno Michel said: “It is very important because our main purpose is to prepare drivers and and engineers and lot of people from F2 to be ready to jump into F1.

"The closer we get to F1 the better it is. Having the drivers in 2020, driving with 18-inch tyres in F2, will definitely be a big push for drivers to get to F1.”

F1 is fully behind the move which it believes will help boost knowledge of how the tyres work ahead of 2021.

F1 sporting director Steve Nielsen said: “This is a nice step. F2 is already famous for being a driver feeder series, but now it is technology sharing. It is a good fit for F1. We will benefit in the future from introducing this, F2 is a good test bed – so it’s a good news story for us.”

Pirelli has already begun work on preparing the new 18-inch F2 tyres, which will have the same width dimensions as this year’s rubber.

The Italian company expects to begin track testing of its 2021 F1 prototypes in September, with three current teams set to provide cars for that running.

Pirelli’s head of F1 Mario Isola said: “F2 is the closest championship in terms of performance to F1, so we can learn something, and it is a good opportunity to have one year of testing.

“It is obviously a big challenge because we have to learn about the 18-inch tyre for F2 in a very short period of time, and it will be an intensive test programme to supply F2.” 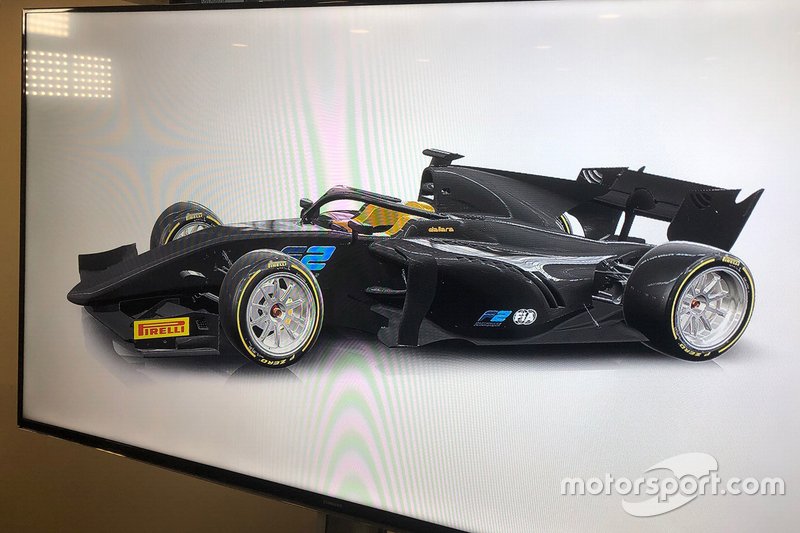