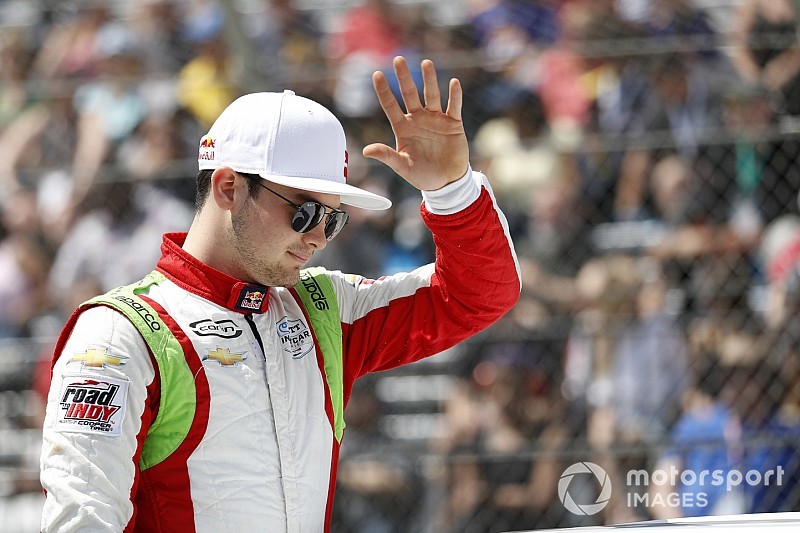 Raghunathan reached 12 penalty points on his license for virtual safety car infringements in last weekend’s Paul Ricard F2 round, meaning the team needed a new driver to slot in alongside its regular driver Jordan King.

Reigning Indy Lights champion O'Ward has appeared on the entry list for the event to make his series debut, and tweeted his delight at the deal...

He currently competes for Carlin in IndyCar and was made a Red Bull junior driver in May this season. He was set to compete in two oval events later this season but those outings have been cancelled.

It won’t be the first time the Mexican has competed on the European single-seater scene, as he tested in the GP3 Series in 2016 with Koiranen GP, and had raced in lower formulae on the continent in the years before that.

O’Ward is the second new driver on the grid at this event, as Arjun Maini has taken over Dorian Boccolacci’s Campos Racing for the next two rounds, at the Red Bull Ring and at Silverstone.

Meanwhile, F4 racer Giorgio Carrara will be making his F3 debut at the Austrian track, having taken the Jenzer seat vacated by Artem Petrov.