Rossi and Caterham pleased with two day test in Barcelona 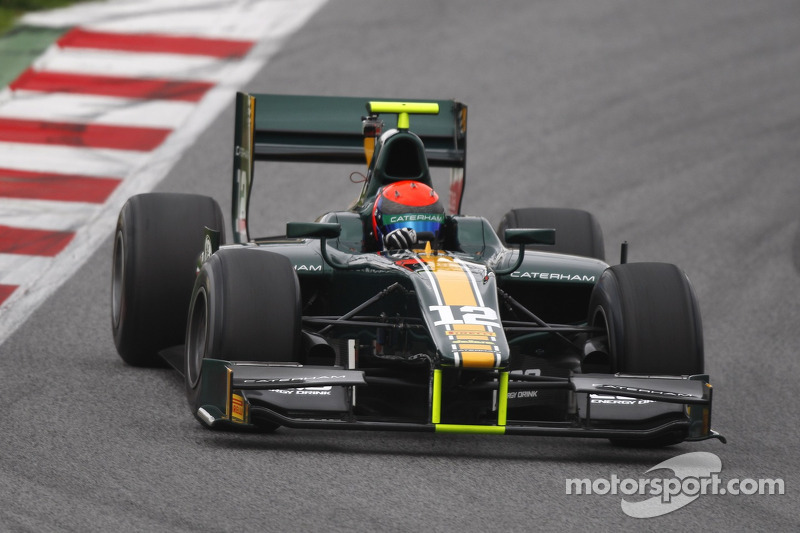 Caterham Racing Driver, Alexander Rossi enjoyed a successful Official GP2 test in Barcelona. Variable conditions around the 4,655 km Circuit de Catalunya allowed for a good test in both the wet and dry. 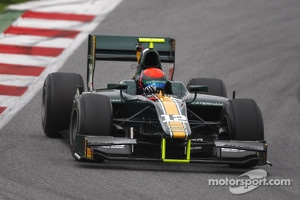 The morning session of Day 1, Rossi completed over 20 laps on one set of new tires, providing valuable insight into the handling and tire degradation of the GP2 car. In the afternoon Rossi made excellent progress with the car, ending the day P5.

Alexander Rossi "It was great to get back in the GP2 car and work with the Caterham Racing team again. Having raced here a few weeks ago, I know my way around Barcelona. I spent the morning adjusting my driving style to suit the GP2 car, which reacts to input much differently than a World Series car. This afternoon we made big steps forward and finishing P5 in the final session leaves me feeling confident for tomorrow. The weather will most likely be different tomorrow with rain forecast, but this is a good opportunity for us to work on our wet set up."

Day 2 of the Official GP2 test in Barcelona started slowly with only three drivers setting lap times in the first hour as torrential rain saturated the circuit creating treacherous conditions.

The rain abated a few hours into the session and both Alexander Rossi and Lucas Foresti ventured on track. Rossi adapted quickly to the wet conditions and after seven laps Rossi topped the times. The session became extremely competitive as the track dried with different drivers topping the timing screens every few seconds. The afternoon session started at 1pm and on a drying track. Rossi quickly set the pace on new tyres and topped the times for the majority of the session, remaining P1 at the flag with a time of 1:31.173.

Alexander Rossi "It was excellent to see the working relationship with the team on Day 2, as we developed the car in varying conditions. This was good experience for me to test the Pirelli wet and dry tires. We spent most of the morning trying different tire pressures in wet conditions, and in the afternoon the drying conditions allowed us to find the balance and pace on dry tires. It was a great test with Caterham Racing! I am very pleased to finish the afternoon with the fastest time and now looking forward to seeing what we can do in Jerez next month."

Caterham Racing Team Manager Phill Spencer "I am very pleased with the performance of both the drivers and the team today in tricky conditions. It is great to see Alexander at the top of the times. We have concluded a good test here in Barcelona with both dry and wet running and now look forward to Jerez in November." 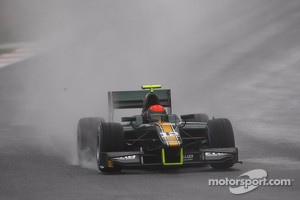 Caterham Racing Chief Engineer Humphrey Corbett "We are very happy with Alexander's performance in both sessions and he worked extremely well with his engineer Patrick Coorey to achieve his times. It has been a very successful test and great experience in wet and dry conditions."

Caterham Racing now look forward to the final outing of 2012 at the post season test in Jerez on 22nd/23rd November where Alexander Rossi returns to the GP2 driving seat."