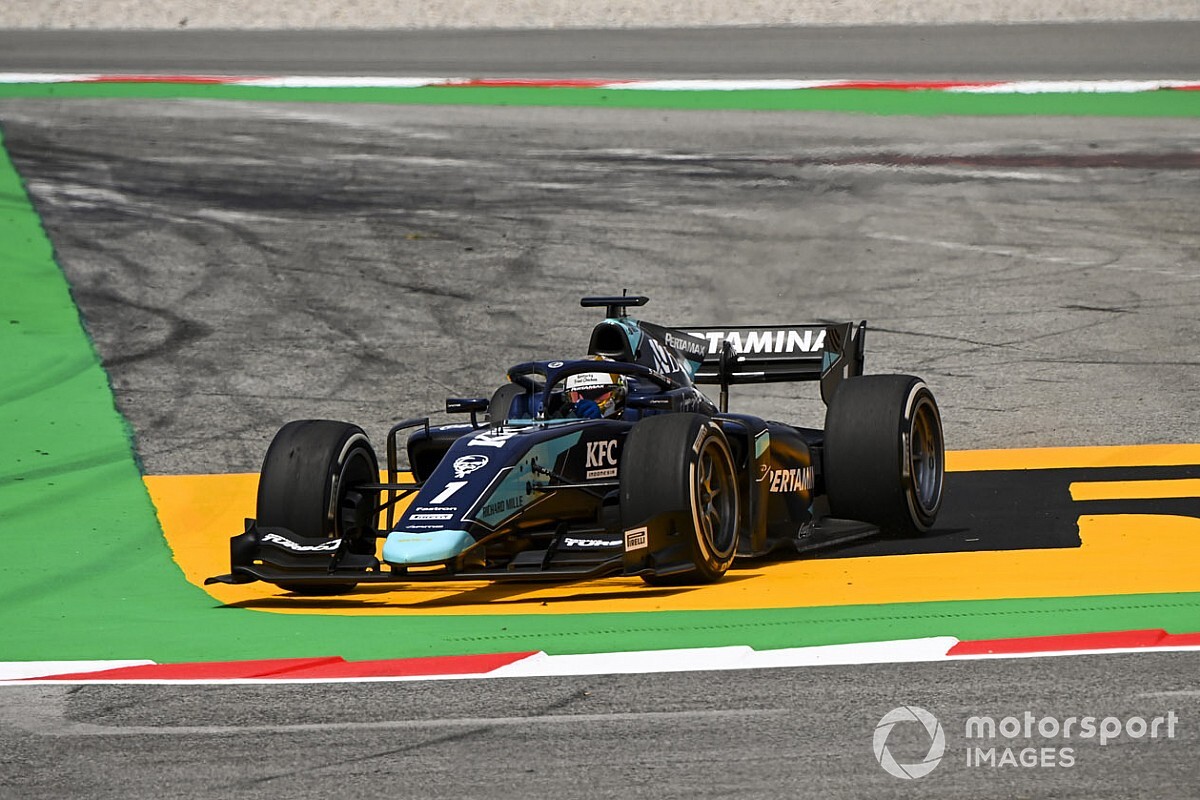 DAMS Formula 2 driver Sean Gelael has been taken to hospital for precautionary checks after being unable to finish F2’s feature race in Barcelona.

Gelael ground to a halt on the final lap of Saturday’s main race with just two corners to go and appeared unable to get out of the car under his own power.

According to a statement by the FIA, the Indonesian driver was helped out of the car by the medical team and was then transferred to a nearby hospital for precautionary checks.

“The FIA advises that an incident occurred during the final lap of the FIA Formula 2 Feature Race today, in Barcelona, involving Sean Gelael,” the statement read. “The DAMS driver was immediately attended to by emergency and medical crews.

“He was extricated by the attending medical crew and has been transferred by ambulance to Hospital General De Granollers for precautionary checks.”

The race was won by MP Motorsport driver Nobuharu Matsushita, who recovered from an 18th starting position to take a stellar comeback win in an eventful feature race.

Robert Shwartzman and Guanyu Zhou joined the Japanese driver on the podium, while an unhappy championship leader Callum Ilott had to settle for fifth.