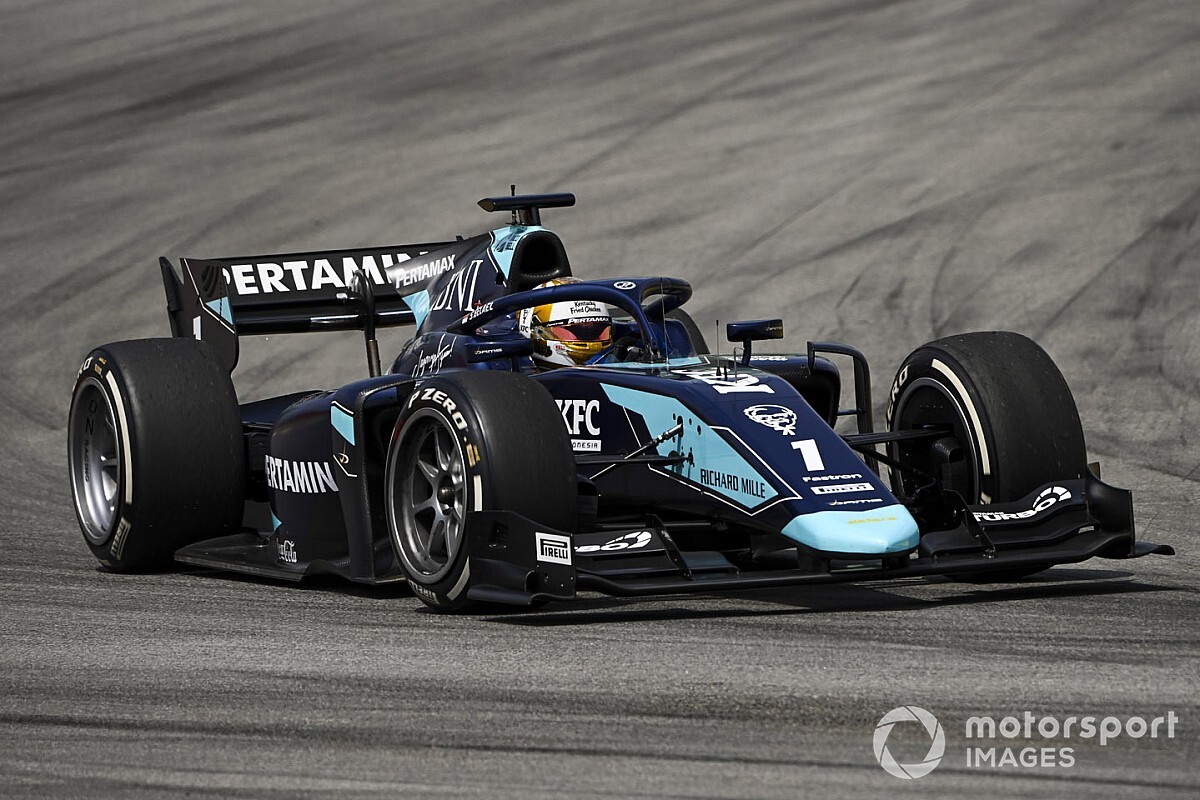 Sean Gelael will return to his Formula 2 drive with DAMS in Bahrain, after a four-round lay-off following a fracture to his back in August's Barcelona round.

Gelael was taken to the hospital after striking a kerb and going airborne after an incident with Campos' Jack Aitken in the Barcelona feature race, and was diagnosed with a fracture to his D4 vertebra.

Red Bull junior Juri Vips was drafted in as his replacement for the Spa-Francorchamps round, and the Estonian remained in the seat for the rounds at Monza, Mugello and Sochi as Gelael continued his recovery. Vips managed to score 16 points, all at Mugello, and secured a best finish of third in the sprint race to stand on the podium alongside winner Christian Lundgaard and Louis Deletraz.

Gelael returns for the two-leg end-of-season run at the Sakhir circuit, on which F2 will race alongside Formula 1 on the full-length circuit for the first race, and on the outer circuit for the F2 season finale. Prior to the interruptions to his 2020 season, Gelael had scored three points, all in the second Red Bull Ring round as part of F1's support bill for the Styrian Grand Prix.

The Indonesian, a second-tier veteran owing to his time in GP2 and F2, has a best recorded result of second – his first coming in the Austria feature race in GP2 with Campos, and repeating the feat in a topsy-turvy Monaco F2 round in 2018.

Elsewhere on the F2 entry list for Bahrain, the series has confirmed Theo Pourchaire's maiden F2 appearance with the HWA team. Pourchaire finished as runner-up in his first Formula 3 season, racing with ART, and was just three points away from eventual championship winner Oscar Piastri.

After Giuliano Alesi left HWA to take over Nobuharu Matsushita's drive at MP Motorsport, Jake Hughes made his F2 debut with the German outfit at Sochi – finishing 12th in the feature race before retiring in the sprint race after contact at Turn 2 with Guilherme Samaia.

However, HWA elected to trial Pourchaire, who forms part of the Sauber Academy, for the final two rounds of the season.

Tsunoda will push Gasly within a few races, predicts Carlin