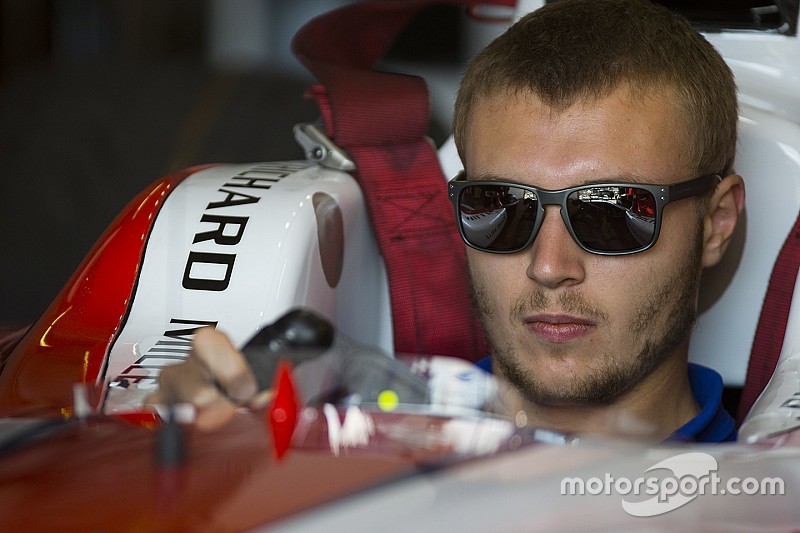 ART Grand Prix driver Sergey Sirotkin looks back at a trying GP2 weekend at Spa-Francorchamps, which started with the fastest lap in practice yet only went downhill from there.

The Belgian round did not leave us with the most positive of emotions, and we now need to figure out the reasons behind the underwhelming results as fast as possible. Yeah, we weren't terribly lucky during the weekend, but luck alone didn't account for the outcome. Our pace wasn't where it had been before the summer break, in Budapest and Hockenheim.

First place in practice made for a false impression, because it wasn't nearly as smooth a run as it looked on the leaderboards. At the same time, it was nowhere near as bad as what followed on Saturday and Sunday.

I spent much of practice in the pitlane – we had prepared well for qualifying, which P1 signified, but a technical issue meant we didn't get a chance to look at race trim. As such, we simply ran out of time to find the correct balance, which hurt our race pace bad.

The task for the weekend got no easier as I ran into trouble in qualifying. The first attempt was ruined for good – I had made a mistake early on in the lap and then, unexpectedly, the sole of the racing shoe on my right foot came off and got stuck.

As a result, I couldn't lift properly at Pouhon – I went very wide and was lucky not to wipe out completely. The lap was ruined, but I finished it anyway, so as not to fall out of rhythm.

The second attempt, however, was also not great. I made a small mistake at the first corner; after the session, we found something unusual with one of the brake disks, so that, perhaps, could've been the catalyst.

The brakes were changed, but, at the end, I was only 13th in qualifying. That was bad, although, to be honest, even getting it all together wouldn't have allowed us to fight the Premas for the front row. We could've challenged for fourth or fifth, but it just didn't happen.

In the first race, I managed to make up ground at the start, but a lack of pace meant I couldn't get the finish I wanted after all. The lost time in practice didn't help – we were basically blind in looking for the correct balance and, with that in mind, we actually did a solid job, but it just wasn't enough.

We had a great strategy, for which I want to thank the team. Everybody saw how successful Artem Markelov was with a similar approach, but we could not keep with him. After the start, he had been a few places behind, but he caught me, moved ahead and disappeared. Myself, apart from the places picked up at the start, I couldn't do much else.

I realised that my main goal was going for eighth place and reverse-grid pole. But for some reason, Oliver Rowland, running on the same strategy, decided to kick off a battle.

Instead of us both catching the cars ahead, he was dead set on getting past me. And I couldn't not put up a fight, so we kept on battling, even though, on fresher tyres, we could've quickly reeled in Sergio Canamasas and the other guys. Still, this isn't karting and you can't signal “let's first catch up with the pack and then we'll have a fight” in GP2.

The final few corners were heated and there was some contact, but all I could do was take the flag in ninth - probably the most disappointing position you could end up in.

We did a few balance corrections before the second race, but they didn't really help that much. Again, I made up a few places at the start, but then I encountered Rowland in Eau Rouge.

He squeezed me to the side “a little bit”, I lost speed and, on the straight, got overtaken by everybody who I had passed at the start. Rowland lost places himself, so we were back together in tow again.

We saw that many drivers in that race managed to make up lots of ground, but, for us, the speed wasn't there. At points I ran right behind Rowland, at points I dropped back, only to close in again. But I couldn't pass.

In the end, I tried for a move into the final corner and, in the heat of the battle, simply didn't note Artem, who was struggling with the tyres. He slowed massively through the turn and we crashed.

I picked up a penalty as a result and it was well-deserved. I owe him an apology, as it was completely my mistake.

Still, I think there was value in trying to pass Rowland for ninth. Ninth doesn't pay points, but eighth does, and if someone up ahead got penalised or disqualified, that one point for eighth could be crucial for me in the championship.

Not looking at points

Right now I'm not really keen on talking about the points situation. Instead, I have to focus on what exactly led to the loss of pace at Spa.

We'll push to the maximum at Monza, going for the best result each time we exit the pitlane – as we've done in every session of this championship so far.

Our place in the standings is the last thing we should worry about right now. Before any of that, we need to return to the level we had in Budapest and Hockenheim.

Gasly would give up GP2 title shot for early F1 graduation