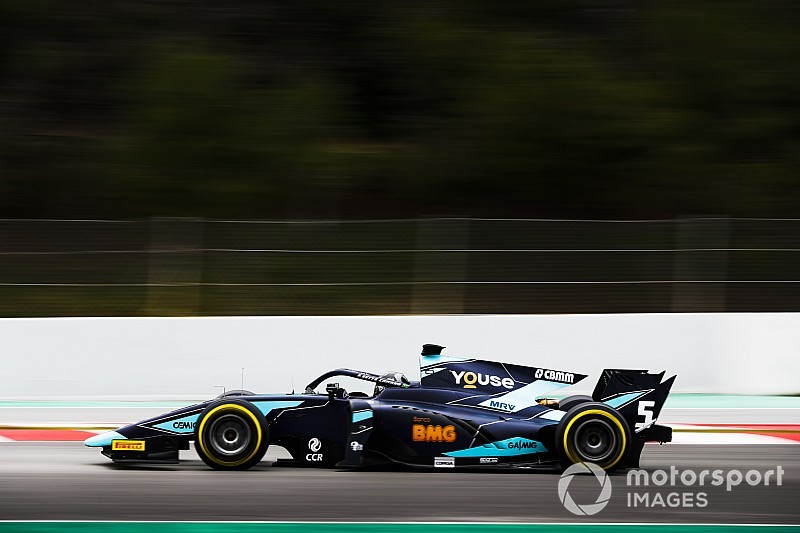 McLaren Formula 1 test and development driver Sergio Sette Camara set the pace on the second day of Formula 2 testing at Barcelona for DAMS.

He was 0.115s faster than Nyck de Vries, who had topped the previous day for ART Grand Prix, the two reversing positions from the day before.

De Vries had also set the best time in two of the three testing days at Jerez last week.

All the fastest times came in the morning session as few drivers got below a 1m30s in the afternoon session, Ralph Boschung setting the best time with a 1m28.789s for Trident.

Renault junior Guan Yu Zhou rounded out the top three for the new Virtuosi Racing team with his morning time.

Carlin’s Louis Deletraz completed the top five, the Swiss driver and all those above him going faster than de Vries’ Tuesday benchmark.

Zhou’s teammate Luca Ghiotto was the last man to get under 1m28s in sixth, ahead of Ferrari F1 junior Mick Schumacher for Prema.

Nicholas Latifi made sure both DAMS reached the top 10, the Williams reserve in seventh, ahead of Sauber Junior Team by Charouz driver Callum Ilott – who is affiliated to Ferrari.