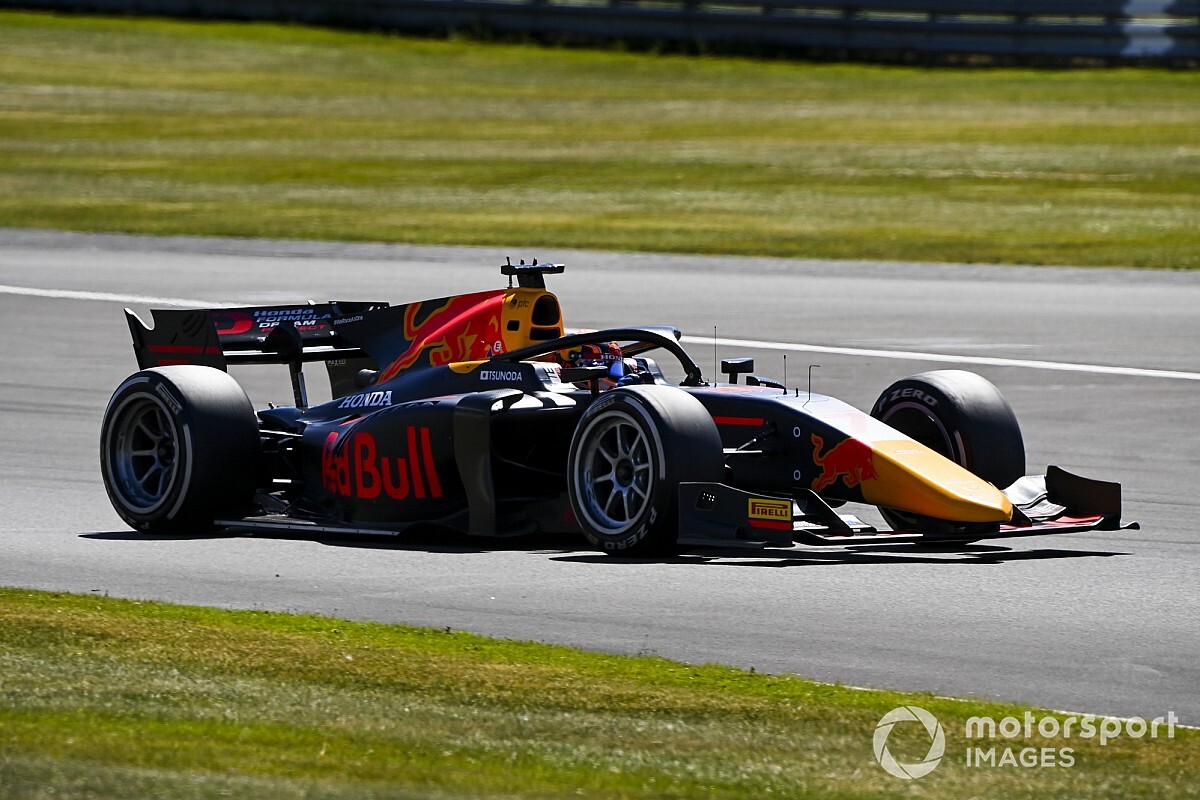 With just three laps to go, reverse-grid front row starters Shwartzman and Schumacher diced for the race lead, having run in formation for the previous 17 laps.

Schumacher had a look to the inside of Shwartzman at Village but was forced to wait until the Wellington Straight to make his move.

Schumacher was marginally ahead of F2 rookie Shwartzman into Brooklands, but moved across on his teammate and the duo collided, with Shwartzman damaging his front wing.

Tsunoda, who was denied a maiden F2 win earlier in the year at the Red Bull Ring as a result of team radio issues, vaulted into the race lead as Schumacher recovered to second place.

Reigning FIA Formula 3 champion Shwartzman ran in third place initially, but he struggled with his damaged car and dropped to 12th place at the chequered flag.

Schumacher had previously gone off at Brooklands earlier in the race, but recovered after a brief trip across the grass and closed on Shwartzman for his late-race assault.

Schumacher came home in a season-best second place, but was denied a first win in the championship since his maiden F2 victory at the Hungaroring last year.

UNI-Virtuosi driver Zhou ran off the track at Club on the final lap, but recovered to take fifth place ahead of his teammate Callum Ilott – the dominant victor in Saturday’s feature race.

Championship leader Ilott made contact with Nikita Mazepin whilst passing the Hitech Grand Prix driver earlier in the race at Brooklands.

“What an idiot,” Ilott fumed over his team radio, while a watching Dan Ticktum labelled Mazepin’s defence as “really dangerous.”

DAMS driver Ticktum, who endured a turbulent run to 15th in the feature race, charged to finish in seventh place ahead of Mazepin.

ART Grand Prix’s Christian Lundgaard, who sits second in the drivers’ championship, lost a points finish after his front-left tyre burst and dropped him well down the order.