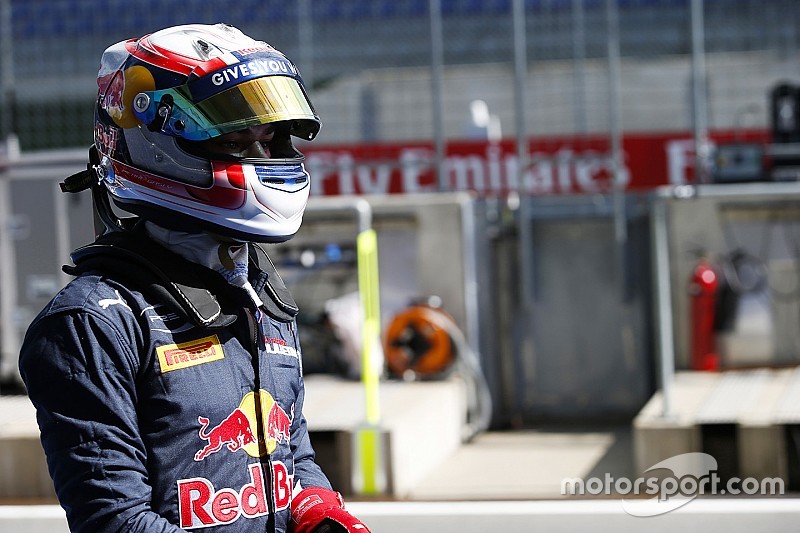 Red Bull junior Pierre Gasly set the pace in the GP2 practice session at Silverstone, beating ART's Sergey Sirotkin by one and a half tenths.

After several drivers such as Gasly, Alex Lynn, Jordan King and Arthur Pic traded the lead in the opening minutes, Sirotkin established himself in first place for a longer term.

He was demoted by Gasly at the 30-minute mark, the Red Bull junior dipping below the 1m40s barrier.

After a relatively quiet middle part of the session, the field was back on track for the final 20 minutes, only to pit again in no time because of a virtual safety car stint, which was caused by Luca Ghiotto stopping his car on track.

As the rest of the session saw no improvements from the frontrunners, it was Gasly ending up in the lead with a benchmark time of 1m39.890s.

His advantage over Sirotkin was 0.155s with Rapax's Arthur Pic taking third, 0.264s off the pace.

Britons Oliver Rowland and Jordan King were seventh and eighth, with Nobuharu Matsushita and Artem Markelov, two of several drivers making small mistakes throughout the session, completing the top 10.

Silverstone GP2: Nato takes maiden pole but is under investigation