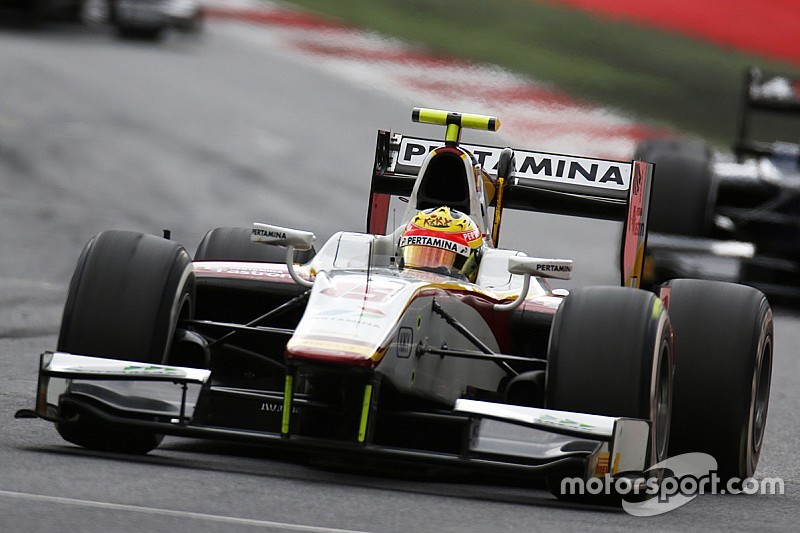 It was Alexander Rossi who set the pace after the first run of flyers, looking to rebound from a relatively muted outing at Spielberg.

Ever-present points leader Stoffel Vandoorne then moved to the top after having been held up by sector-three traffic during an earlier lap.

With the first and second drivers in the standings taking turns in the lead, third-placed Haryanto soon joined the fight, going a tenth clear of Vandoorne with a 1m40.659s.

A lengthy mid-session lull followed with little in the way of improvements before Lynn lapped just three thousandths adrift of Haryanto.

But that would prove to be the closest anyone would get to the Indonesian, who saw out the session in first place.

Vandoorne settled for third, slotting in between locals Lynn and Nick Yelloly, the latter finishing two tenths behind in fourth and then pulling to the side of the track at the end of the session.

Rossi was shuffled down to fifth, ahead of French drivers Arthur Pic and Pierre Gasly.

Raffaele Marciello, who topped practice and qualifying at Silverstone last year before suffering a car failure in the feature race, was just eighth, with rookies Sergey Sirotkin and Jordan King completing the top ten.

Formula Renault 3.5 leader Oliver Rowland was 1.1s off the lead in 17th on his GP2 debut and, like Yelloly, saw his car come to a halt after the chequered flag.

Canamasas back to GP2 with Lazarus